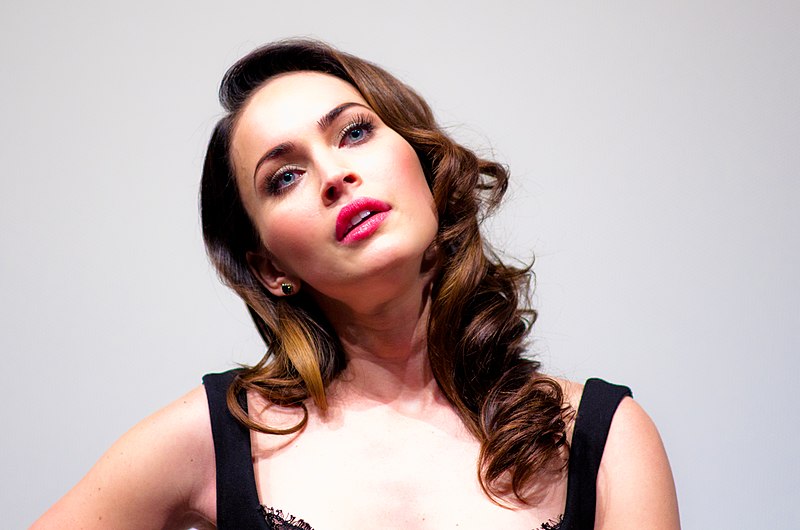 Interestingly, the new video was released after romance rumors between the two surfaced.

Machine Gun Kelly and Megan looked really into each other in the new music video they shot together. The new song "Bloody Valentine" spoke of love and obsession.

The song lyrics include, "I'm calling you girlfriend." This made fans think Machine Gun Kelly might be trying to send a message.

"In my head, I'm lying naked with you ... I'm ready to die holding your hand," the lyrics of the song continued.

The song lyrics also got fans wondering: was MGK referring to Megan Fox?

In the video, the 34-year-old actress was in bed with the 30-year-old rapper. In one of the scened, the two could be seen very close to each other and almost locking in a kiss.

Later in the video, Megan was featured singing along to the track. It ended with him getting electrocuted in the bathtub.

The End Of A Love Story

Recently, after Machine Gun Kelly was spotted with Megan, Brian Austin Green came forward to admit his split with the actress before 2019 came to a close.

The former couple share three kids together Noah, 7, Bodhi, 6, and Journey, 3. However, while they have already split, the former "Beverly Hills 90210" star opened up about his relationship with Fox and said that he will always love her.

Green also admitted that he has not met Machine Gun Kelly yet, but he has heard good things about him from Fox. She described Kelly as a "nice, genuine guy" and Green said he trusts her judgment.

He went on to clarify that Machine Gun Kelly has nothing to do with his split with Fox.

"I don't want people to think that he's the villain or I was a victim in any way with any of this because I wasn't. I don't want him to be vilified because nobody did anything wrong," Green pointed out.

Richard Colson Baker, more popularly known by the name Machine Gun Kelly, is now being linked to the "Transformers" star. The two have been spotted together recently and it sparked rumors of what seems to be a budding romance.

Megan and Machine Gun Kelly first met on the set of their upcoming movie "Midnight In The Switchgrass." The two began filming in March of this year, but its production was halted due to the coronavirus pandemic.

While their movie was put on hold, the two have found a lot of time in their hands. A source told Us Weekly that MGK and Fox have been spending a lot of time together. They may have started out as friends, but a source said that the pair are looking into pursuing something more romantic.

"Megan thinks MGK is a really cool guy," the Us Weekly insider added.

The source further revealed that the two have been getting to know each other pretty well.

"They have definitely hooked up and are seeing where things go."

(Ross from hamilton on, Canada / CC BY (https://creativecommons.org/licenses/by/2.0))