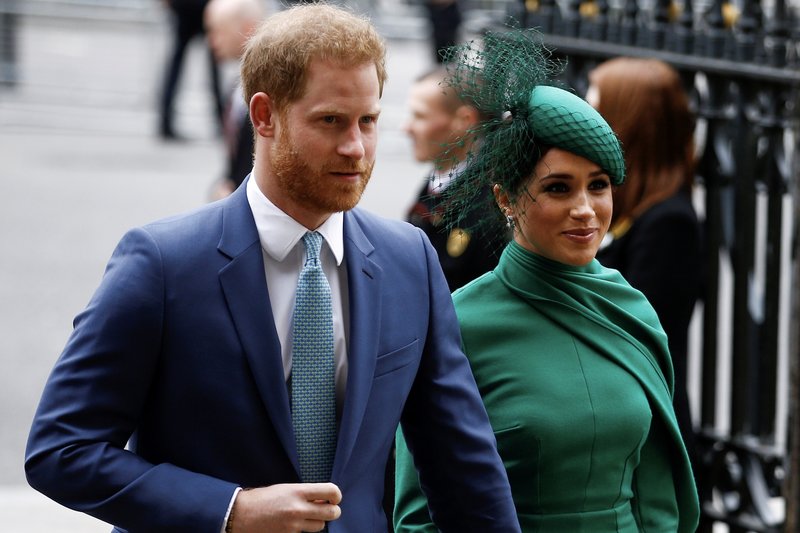 The Palace defended the 38-year-old duchess and lashed out at the publication for their report which "contains a swathe of inaccuracies and false misrepresentations" which were not put to Kensington Palace prior to publication," according to Insider.

Friction Between The Two Duchess

The controversial story was written by Anna Pasternak. Her source -- an alleged friend of the couple -- revealed to her that the royal mom "feels exhausted and trapped" after Prince Harry and Meghan Markle officially stepped down from their roles as senior royals, leaving her with a ton of workload.

Tatler also cited that the two duchesses had a "row" whether Meghan's bridesmaids should wear tights during her royal wedding in 2018.

Meanwhile, royal correspondent Richard Palmer took to Twitter to share the palace's response regarding the alleged incident between Meghan and Kate.

"The Duke and Duchess of Cambridge aren't happy about a piece on Kate in Tatler magazine," Palmer wrote. "Earlier, royal sources said a claim in the piece that Kate felt furious, exhausted and trapped after Harry and Meghan's exit left her with a bigger workload was untrue."

The royal correspondent received a mixed reaction from the public and even questioned the stance of Kensington Palace when the Sussexes were under fire by the press.

"So Kensington Palace can come out and deny this story with ease and stories about Cather getting Botox but when the Sussex's were under the KP umbrella, they were left to the wolves. I wonder what happened to that stiff upper lip?" one commented.

Another concerned netizen accused the palace of tainting Meghan's image to make Kate look like the good royal.

"Why didn't they say anything two years ago when the articles first came out? yes, they enjoyed the bullying Meghan received, pathetic, hypocrites, they wanted Meghan to look bad and Kate to look good now it's time for her to cry for the whole world to see."

A third critic asked: "Where was the outrage for Meghan??"

Earlier this week, The Times cited that the former "Suits" actress felt that she was an "outsider" to the royal family, leading her to push for Megxit.

"Meghan was convinced there was a conspiracy against her and so she basically put herself in isolation when they moved to Frogmore," a source told royal expert Katie Nicholl.

The Daily Mail previously mentioned that the Duchess of Sussex told her friends that if Kate was in her shoes and was constantly being criticized by the media, "the royal family would have stepped in and changed its media policies."

This also prompted Prince Harry to take a stand for his family and protect Meghan and their 1-year-old son Archie.

After they officially exited the monarchy, the family of three have been living in a Beverly Hills mansion which is reportedly owned by media mogul Tyler Perry.

READ MORE: Brad Pitt, Angelina Jolie Still Mad At Each Other? The TRUTH!