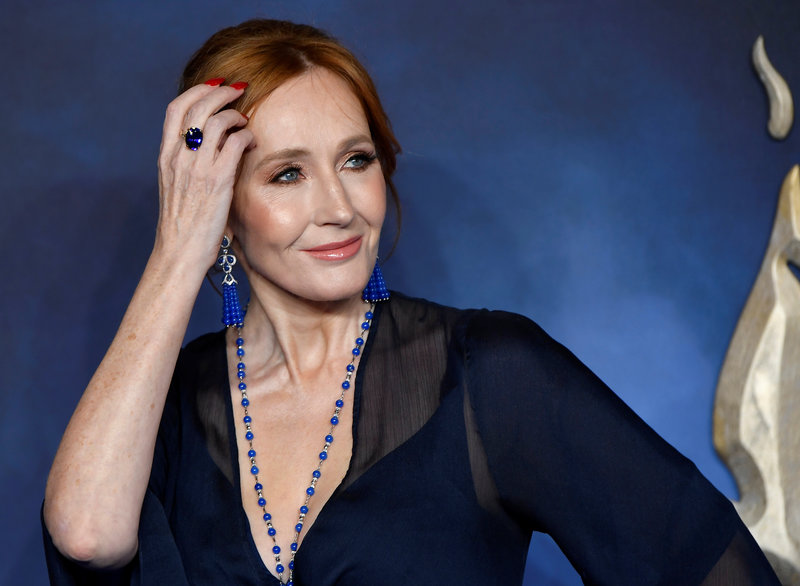 JK Rowling tried to assert her views on transgender once more and ended up alienating the group once more. Although she said many things about supporting and loving the transwoman, in particular, she also, in the next breath, invalidated their existence.

According to her, even if she'll be the first to speak out against bullying of trans people, she does not like the fact that trans people and those who sympathize with them, are "erasing the lived reality of women."

As this has always been one of the insults thrown against the trans population, one can say that Rowling turned to the bully she said she would protect the trans people from!

This did not sit well with many from the community and even those outside of it. Long-time fans suddenly turned against her and called her a transphobe, within reason. After all, she did release a series of unsavory, hurtful, harmful tweets.

Halsey, too, found the comments hard to swallow and condemned the author for what she said. According to her, Rowling's tweets are even untimely, given all the rallying calling for compassion for minorities - particularly the worldwide protests against racism and police brutality. While sexual discrimination and racism are two very different things, they share standard features and must be avoided.

Rowling, since she wrote the Harry Potter series and inspired many through these books' positive messages on diversity and equality, should have known what she was implying and what she was inciting. She truly broke many people's hearts with her views that seem so unaligned with how fans perceived her to be. Halsey pointed this out.

"Imagine writing a generation-defining series about a youth uprisal [sic] that defeats a tyrannical monster motivated by the preservation of 'pure blood' and looking at THIS time in the world and going 'hmm...yep. I'm gonna invalidate trans people," she wrote on Twitter.

The singer has been one of the active celebrity protestors and supporters of the Black Lives Matter movement in the past weeks. She attended protests and even helped protestors who got hurt in the process of their rallying for change.

Apart from Halsey, other popular personalities also criticized the once very-celebrated author who inspired many, particularly the youth. Sarah Paulson, Jameela Jamil, and even "Harry Potter" actor Katie Leung all made heated comments against Rowling. They also took the opportunity to promote different charities designed to support trans.

What was even more infuriating about the whole thing was that Rowling wrote the usual statement made by people trying to justify their harmful words. She said that it is not "hate to speak the truth."

This is because no matter what she says, she does not have the monopoly of what "truth" is, as critics would say. By claiming she is speaking the truth, she is in effect, saying trans and their needs are not real or are pure lies. One should not be surprised that her words would earn a lot of backlashes, especially by those living the reality she is trying to cancel.