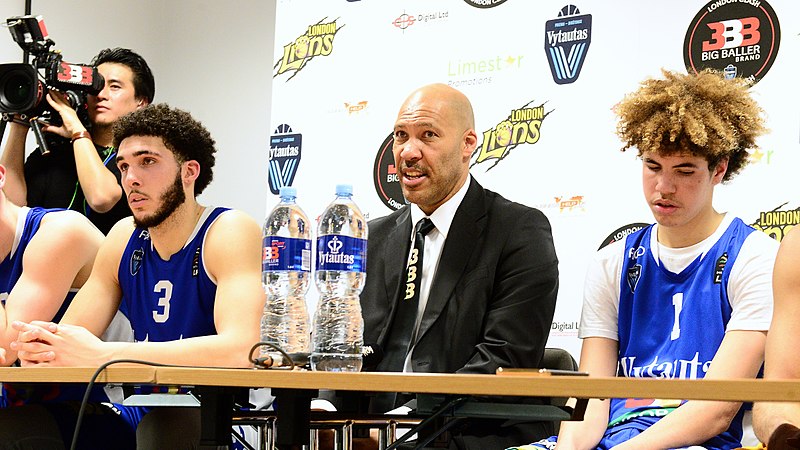 The ever-controversial father, whose eldest son Lonzo Ball plays for the New Orleans Pelicans in the NBA, made the shocking revelation on the Say Less with Kaz podcast. LaVar highlighted that he doesn't think the Warriors re the right fit for his youngest child, as Melo cannot fulfill his full potential with the team.

Golden State has Stephen Curry and Klay Thompson in the guard spots, so LaMelo will be only behind the two All-Stars in the team's offensive scheme. With that said, he'll be merely a facilitator in his first few years in the league rather than an instant star -- which is what his father wants.

"That's the part I don't like about Golden State," LaVar said, via NBC Sports. "They got Klay and the other guys, and now you want to put Melo in that mix to say you got to follow these guys. Melo ain't no follower. He don't need to do what they do, let them do they thing.

"There's a reason you are looking at my son. He's talented and can play the game. It ain't that hard. Guy is open, and you pass it to them. You open and you been working on your shot? Shoot the ball. It's fast-paced, it's good. But don't be like Melo got to his turn and wait for two or three years to go by and learn from the veterans. Ain't about that. Can you play or not?"

LaVar went on to note that his son is "special" and he doesn't see Golden State as the right place for LaMelo to showcase his talent.

For what it's worth, LaVar has a good point. After all, the Warriors have good backcourt depth with Steph and Klay leading the way, so they don't really need another star player to fight with Curry and Thompson in the guard spots.

Nonetheless, it is worth highlighting that the Warriors don't really plan on drafting LaMelo Ball in the 2020 NBA Draft. According to reports, they are not high on Ball as the best player in the class. Not to mention that they are rumored to be looking at bolstering a different position.

The Warriors figure to be title contenders in 2019-20 with Curry, Thompson, Draymond Green and Andrew Wiggins leading the way, and they are expected to do just that with or without LaMelo Ball.