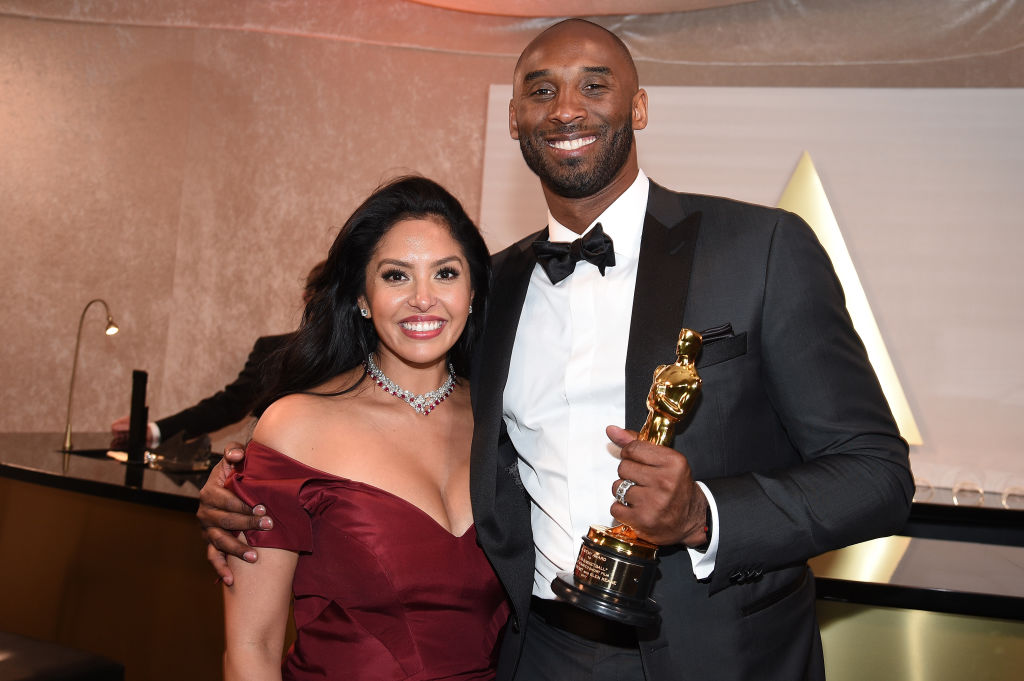 August 23 is a sad day for the Bryant family, as they celebrated the birthday of the late NBA legend Kobe Bryant.

In a lengthy post on Instagram, Vanessa Bryant shared an emotional and heart-wrenching letter for her husband on what would have been his 42nd birthday.

She began her message by greeting the five-time NBA Champion on his special day. She then mentioned how they loved and missed him and their 13-year-old daughter Gigi.

"I wish you and Gigi were here to celebrate YOU! I wish I could make you your fav food or a birthday cake with my Gigi. I miss your big hugs, your kisses, your smile, your loud ass deep laugh," the 38-year-old widow wrote alongside a photo of her and the Los Angeles Lakers superstar.

The mother-of-four also shared Kobe's antics and expressed how she longed for his "big hugs," kisses, smiles and his "loud ass deep laugh."

The former model went on and thanked the Lakers star for teaching her to be strong. She also pointed out their three daughters are stronger and more resilient than she is.

Vanessa Bryant Wished She Could Wake Up From the "Horrible Nightmare"

Vanessa concluded her letter by confessing that she is still in deep pain from the passing of her husband and Gigi and wished that she "could wake up from the horrible nightmare."

"I wish I could surprise our girls and welcome you and Gigi home to us. I'm mad I didn't go first. I always wanted to go first so that I selfishly didn't have to feel this heartache. You were supposed to miss me. Gigi was supposed to be here with her sisters. It should've been me."

Earlier this year, the world was shocked upon learning that the Kobe and her daughter Gigi were among the nine people killed in a helicopter crash in the hillside of Calabasas, California.

Aside from the two, Gigi's teammates Alyssa Altobelli and Payton Chester, and parents Sarah Chester, Keri Altobelli, John Altobelli and Christina Mauser also perished in the said accident. The 50-year-old helicopter pilot, Ara Zobayan, did not survive the accident as well.

Kobe and Vanessa's eldest daughter, Natalia, also shared a heartfelt throwback photo of her and her father to greet him on his birthday.

In the caption of her Instagram post, she described the basketball legend as "the best movie buddy" that she could ever ask for.

Aside from the Bryants, Nike also released a commercial as a tribute to the Lakers icon.

The advert was titled as "Better | Mamba Forever." It was narrated by rapper Kendrick Lamar as the company launched "Mamba Week."

Several fellow basketball stars such as Lebron James, Vince Carter and Sabrina Ionescu also took to social media to express their heartfelt message and to honor Bryant on his special day.

In addition, both the NBA and the WNBA posted a photo of the athlete as a tribute on his birthday.