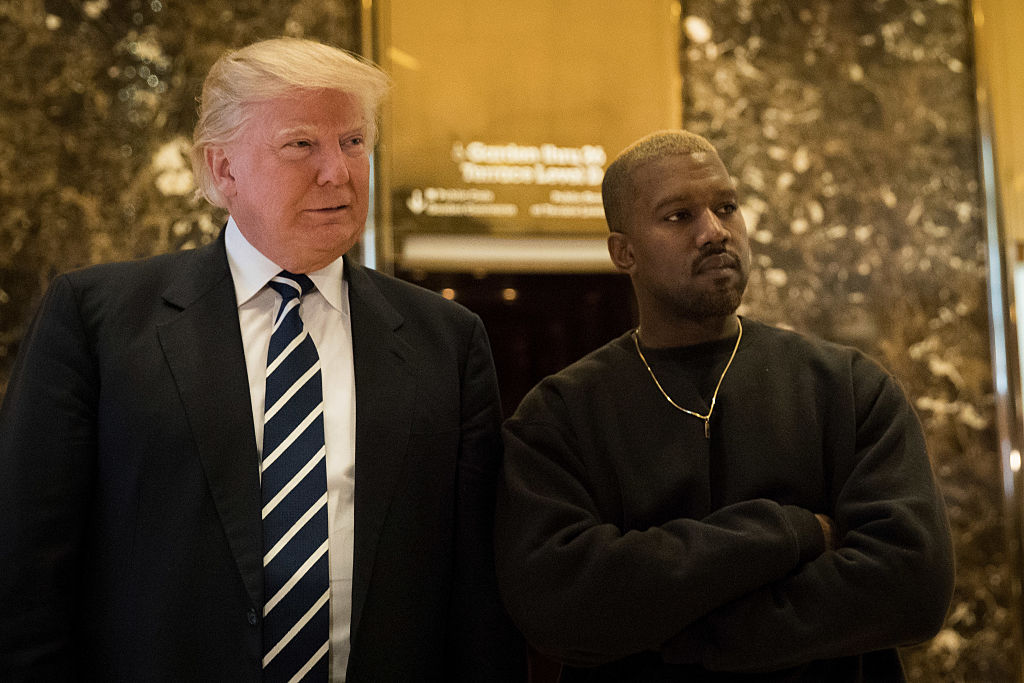 Kanye West is convinced that he is not last in terms of wealth among other presidential candidates. Kanye even proudly claimed he is richer compared to President Donald Trump.

As the U.S. presidential election is fast approaching, Kanye still has lesser supporters compared to other candidates. This stirred rumors that someone paid him to run as a disturbance to split voters during election.

However, the rapper set the record straight in his new interview with Nick Cannon and said that it cannot be true since he "has more money than Trump."

In the preview of Cannon's Class podcast, the 43-year-old "Four Five Seconds" rapper slammed those people who keep on insisting that someone paid him to run as president. Rumors suggest that it is to help President Trump to get re-elected.

"People keep on saying I think you and the Republicans are in cahoots" Kanye told Cannon. "Bro, ain't nobody pay me! I got more money than Trump!"

Howeverm, the 39-year-old host did not stop asking Kanye about allegedly being paid. Eventually, he questioned whether the Yeezy owner's "alternative of four years of Ye" is even realistic this 2020.

In response to Cannon's question, West joked how he is walking for president instead of running.

Kanye's talk with Nick came after he officially announced his presidential bid on Twitter on July 4.

Meanwhile, despite his efforts to win the election, Forbes pointed out that West has no chance of winning in 2020.

Although these reports can hurt his pride, TMZ cited that the "Famous" rapper has been active and putting expensive efforts to be included on the ballot in Arizona.

The outlet also revealed that West hired a firm, Let the Voters Decide, to have his name printed on the ballot. He reportedly prepared to cash out up to $500,000 to get the job done.

He already earned a surprising approval from various states, including Idaho, Minnesota, Tennessee, and Illinois, New Jersey and Ohio.

Kanye then became more desperate in winning his battle as he tweeted "the goal is to win" amid all the setbacks.

The Politico-Morning Consult launched a poll last August 12 and found out that Kanye has a 2 percent support nationally. This came from black respondents, Generation Z voters, and Hispanics.

How Rich Is Kanye West?

Kanye's claim about him being way richer than President Trump questionable, though it is worth noting he is currently the highest-paid rapper in the hip-hop industry.

In April 2020, Forbes announced that Kanye West's net worth in 2020 officially reached the billion-dollar mark -- a shocking $1.3 billion, to be exact.

In 2019, he raked in an estimated $150 million, which is a huge boost that helped him earn the three commas on his bank account.

Kanye is also renowned for Yeezy, a streetwear brand that sells clothing and sneakers in partnership with Adidas. Last year, the Bank of America valued the company at $3 billion. Since he is the brand's sole owner, he enjoys Yeezy's estimated $1.26 billion income alone.

Furthermore, he and his family own $21 million worth of real estate plus a jaw-dropping $60 million mansion in Hidden Hills, California.