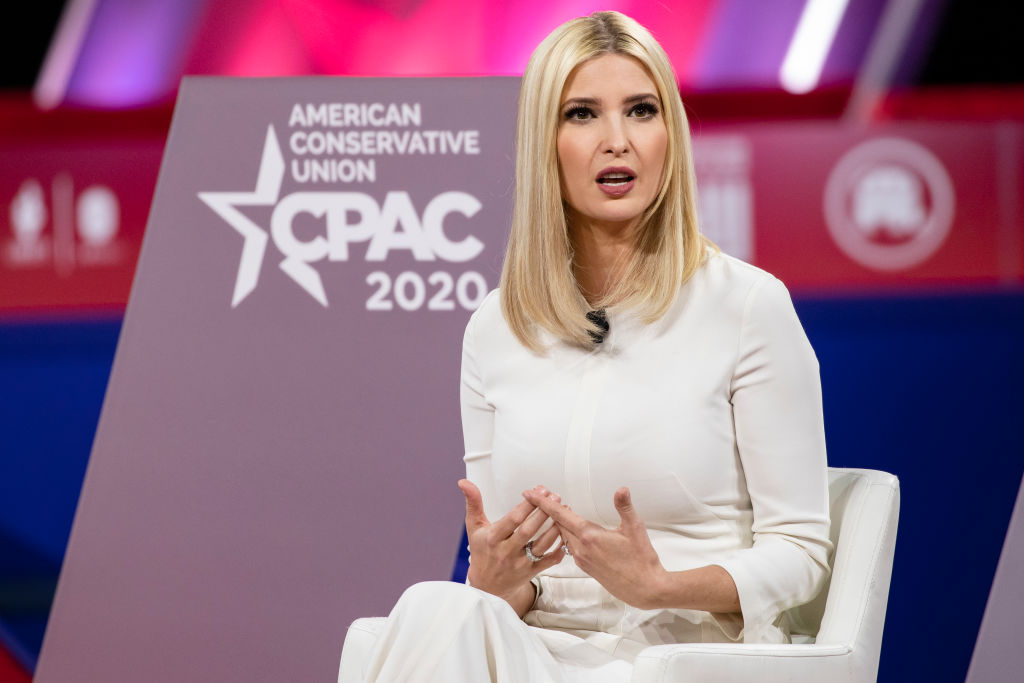 During her appearance with the British daytime talk show "Loose Women," Ivana Trump was asked if her 38-year-old daughter could be the next U.S. President.

Without a second thought, the Czech-American media personality answered "definitely" and explained that the blonde beauty, who is also serving as the presidential advisor, could be America's first female President.

"I think she's in the White House every day, she's next to her father every day, she knows all that is going around... I think she could be one day the first woman president, definitely. She's smart as hell, she's beautiful," Ivana explained.

In addition, the "Raising Trump" author "doesn't blame" the public if they want Ivanka to be the next U.S. president, pointing out that she has the credentials to be in the position.

Earlier this year, the presidential daughter and her older brother, Donald Trump Jr., were among the top picks to run for the 2024 presidential election.

Based on the poll conducted by Axios and Survey Monkey, the majority of the Republican voters want two of President Donald Trump's children for the top seat in the White House, as well as Vice President Mike Pence and former U.S. Ambassador to the UN Nikki Haley.

It came after 29 percent of the party voters said they would consider the eldest Trump as the next U.S. President, while 16 percent voted for the mother-of-three.

On the other hand, the 61-year-old Pence led the survey with 40 percent, while Haley is in third place with 26 percent.

Ivanka Trump vs. Meghan Markle for the Presidential Seat?

With Ivanka Trump rumored to be running in the 2024 national election, there are already speculations that she might end up battling with former royal Meghan Markle.

Several royal commentators predict that the Duchess of Sussex "is poised to compete" for a seat in the White House following her and husband Prince Harry's exit from the royal family.

Royal commentator Beverly Turner claimed that stepping down as senior members of the Firm is part of Meghan's plan to run for U.S. presidency.

"She will run for President, I have no doubt about it. I have no doubt; I think this is all part of the plan. It may not be very soon, but it will be," she told U.K. Channel 5's Jeremy Vine.

Meanwhile, royal author Lady Colin Campbell also shared the same stance and pointed out that the runaway duchess wanted to set her foot into the Oval Office.

"I know the Duchess of Sussex has political ambitions and I've been told that one day she wants to run for President," Campbell shared.

Like Turner, the outspoken author said that quitting the monarchy is part of Meghans plan to enter politics.

"I think everything she is doing, leaving the Royal Family and moving back to California, is part of her plan, and she has taken Harry along with her."

READ MORE: Chris Evans What? 5 Most Shocking Celebrity Leaks of All Time