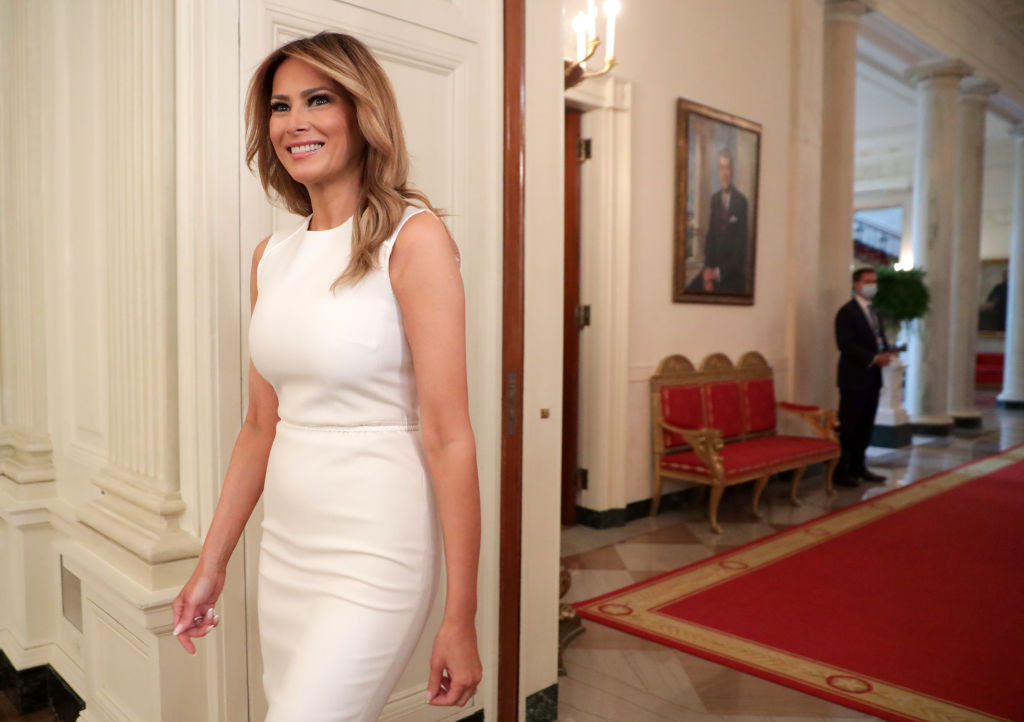 Melania Trump was supposed to be on the November 2020 cover of Tatler, but they chose Meghan Markle, the Duchess of Sussex instead.

Sources claimed to numerous publications that the East Wing was able to land an exclusive interview for the FLOTUS with the magazine, covering her husband's failed presidential campaign just ahead of last month's race.

It's all thanks to Stephanie Grisham, Melania's most-trusted staff, but it's also no thanks to her.

According to an article written by Miranda Devine, she claims that Melania gets awful support and ill service from White House staff.

Writing for the New York Post, Devine included several points to support her claim, including the "lost opportunities" such as the Tatler cover.

Devine explained that the FLOTUS' Chief-of-Staff failed to negotiate the deal with the magazine, which resulted in Meghan Markle taking the post and posed for the magazine with the headline, "What's Next?"

In a report by The Sun, the East Wing reportedly "eschewed" offers from a few more American publications, including The Post and Women's Wear Daily.

"All the people who spoke to me for this column say they are motivated by a desire to save the first lady from keeping Grisham for her post-White House life or to help Melania write her memoirs."

In the end, Devine revealed that her insiders are trying to save Melania Trump from Grisham.

She also mentioned Melania and Grisham's dynamic, with insiders also claiming that she trusted Grisham "too much." Insiders further told Devine that none of it is an accident.

Stephanie Grisham served as the White House Press Secretary and the Communications Director before coming to the East Wing.

Her former colleagues claimed that she didn't do her job well, while others also told Devine that Grisham "finagled" her way to obtain her position. "She was a press secretary who never talked to the press."

Following the claims, news outlets have reached out to the White House for comment, but Melania's office remains quiet about the issue.

But this isn't the first time the Slovene lost a magazine cover to another celebrity.

In 2018, she reportedly expressed her shock after learning that Vogue was putting Beyoncé on its September issue.

Her comments were exposed via the secret tapes Stephanie Winston Wolkoff released in October 2020.

Melania Trump could be heard saying that Vogue would never reach out to her adding that she doesn't care at all.

In October, Wolkoff released these secret bombshell tapes about Melania Trump, with the promotion of her biography, "Melania and Me."

She claimed that she's the FLOTUS' "former best friend" and revealed in the book what truly happened to their relationship.

Wolkoff also included a few allegations about Melania, including the reported "tension" between her and Donald Trump's favorite daughter, Ivanka Trump.

This also included some of their alleged plans to block Ivanka's movements inside the White House.

It is expected that more stories about Melania Trump and the rest of the Trump clan shall be exposed in the next coming months.