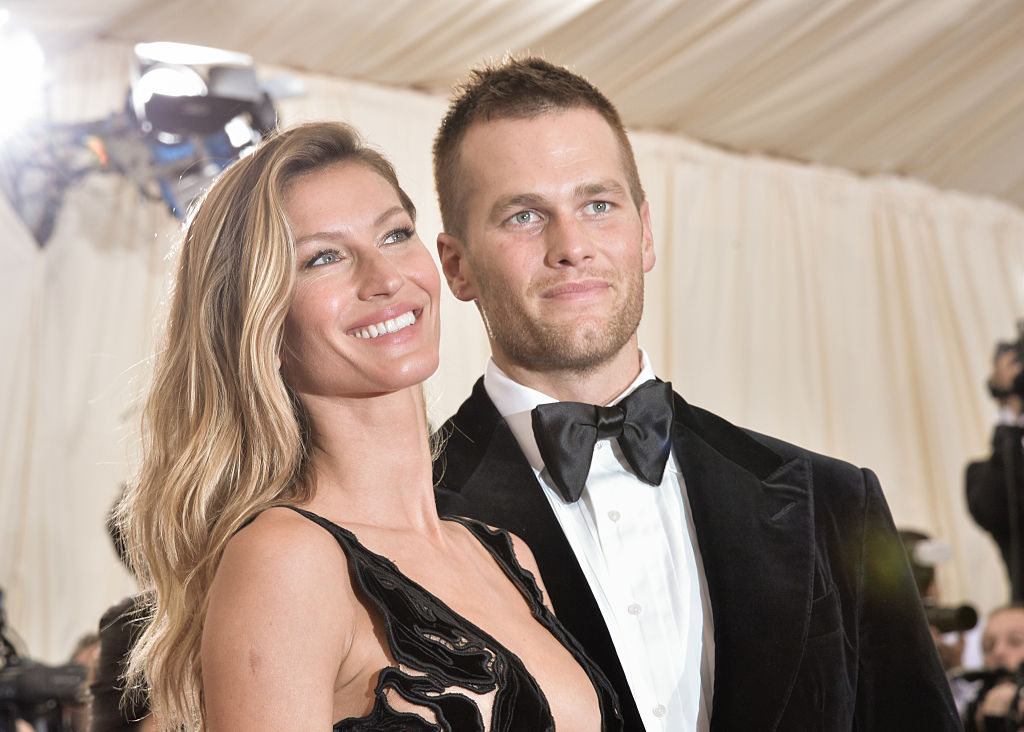 Gisele Bundchen is thrilled that her husband Tom Brady is heading to the Super Bowl LV.

She also couldn't help but share her excitement on social media while the game was happening.

Last week, just before the Bucs-Saints game, Gisele and the dogs she shares with Tom were decked out in Buccaneers' ensemble. 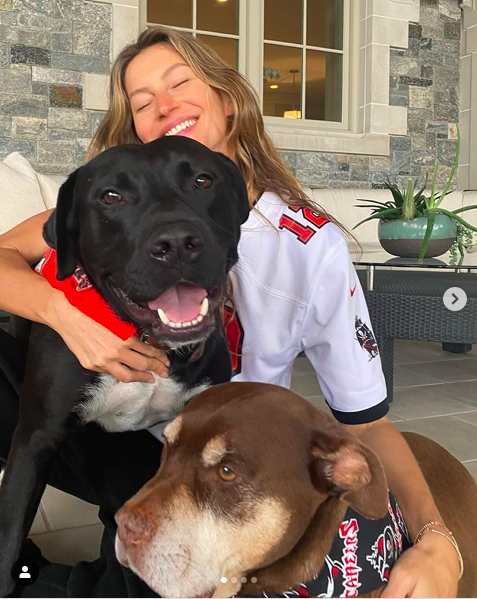 The Brazilian beauty posted an Instagram photo of herself wearing her husband's jersey, while two of their dogs wore Tampa Bay bandanas.

Tom Brady's 10th Super Bowl will be the Super Bowl LV with the Bucs after playing with the New England Patriots for 20 seasons.

Though the couple may no longer be living in Boston, Gisele Bundchen revealed she will always have New England in her heart.

In a lengthy Instagram post after Brady's decision to move to Tampa Bay last year, she thanked the New England Patriots fans for their support in the last 20 years.

"Boston has been so good to us and will always be in our hearts. We will forever have wonderful memories."

One of the reasons why the quarterback left his team was because of a shortage in salary.

The team reportedly got a salary cap bind because they were so desperate to procure talent for Tom during his final years with the Patriots. These attempts included the signing of Antonio Brown and Josh Gordon, as well as the trade for Mohamed Sanu, which didn't work out in the end.

And even before the free agency period opened, Tom Brady knew he wouldn't be playing with the Patriots even further. He announced on Instagram his plans but failed to disclose that he was joining the Buccaneers until a couple of days later.

Signing with the Buccaneers

Tom Brady, a six-time Super Bowl champion, signed with the Buccaneers for two years with a $50 million contract. However, he noted that his decision was because of his desire to overcome new challenges in his life.

One of the first things he and his wife Gisele Bundchen--the highest-earning model for 100 years--did was to donate an equivalent of 750,000 meals to children who were struggling to eat because of the closure of schools due to the ongoing coronavirus pandemic.

Often called the greatest quarterback in history, Brady's fans may have to adjust to seeing him in pewter and red instead of the Patriots uniform.

After reaching his first Super Bowl with the Bucs, Brady isn't quitting the field until he reaches 45.

"I'm definitely older. But I'm hanging in there."

Super Bowl LV is scheduled to be played on February 7, 2021.