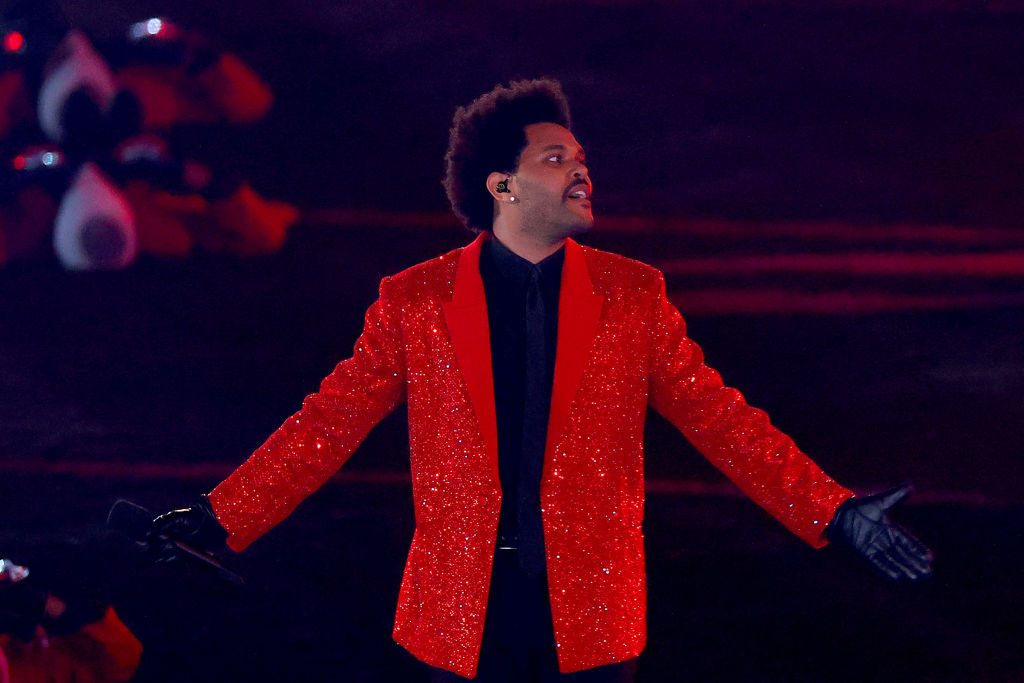 If you think The Weeknd is done with his flashy Super Bowl LV halftime showjourney, then you're wrong because he got a flashier piece of jewelry.

Despite not playing in the Super Bowl, he acquired a custom-designed, diamond-studded Super Bowl ring commemorating his performance in the highly anticipated match of the year.

The Weeknd's ring features a massive marquise-cut diamond to represent the Lombardi Trophy surrounded by the words "World Champions," and of course, his "XO" logo.

The ring isn't an "official" ring similar to what the champs Tampa Bay Buccaneers will get, as this is a unique piece designed just for The Weeknd.

On one side, the singer's ring has the final score of the game, with the Bucs winning 31-9 against the Kansas CityChiefs. On the other side, it has a football-shaped stone and the Super Bowl LV logo.

It even has the date and the Pepsi Logo, the sponsor of the halftime show.

The Weeknd's Super Bowl ring is too extravagant as it contains 16 carats of VVS diamonds.

The outlet explained that the award-winning musician received the gift by Cash in honor of his 31st birthday on Tuesday, but he wasn't just the recipient of the iced bling.

Other members of XO also received the championship rings.

The Bucs have yet to create their custom rings given to the winning players and their staff.

As per Page Six, the team usually drops $7,000 per ring, but despite that, The Weeknd made sure to drop more than that to memorialize the 2021 Super Bowl halftime show performance.

A few days after The Weeknd's performance at the Super Bowl LV, news surfaced that the halftime show would be getting a 90-minute documentary from Showtime. It is reportedly slated for release this 2021.

Deadline reported that the documentary would be titled "The Show," produced by Pepsi's in-house content studio and Broadwalk Pictures.

The documentary will give viewers a look into the months of work that went into the halftime show, which saw The Weeknd, whose real name is Abel Tesfaye, perform songs from his early career and all the way up to his recent highly praised album, "After Hours."

Despite not playing in the Super Bowl, The Weeknd acquired a custom-designed, diamond-studded Super Bowl ring (Kevin C. Cox/Getty Images)