Kim Kardashian has stopped wearing her wedding band and the engagement ring Kanye West gave her weeks before officially filing for divorce.

However, it's not like the "Keeping Up With the Kardashians" star is fully letting go of the items that are related to her soon-to-be ex-husband.

On Thursday's workout, Kim Kardashian took to her Instagram to show off her sweat session with personal trainer Melissa Alcantara.

Sharing a selfie to her page, the 40-year-old mom showed off her famous backside and her black athletic clothes with a green stretch strap on her thighs. 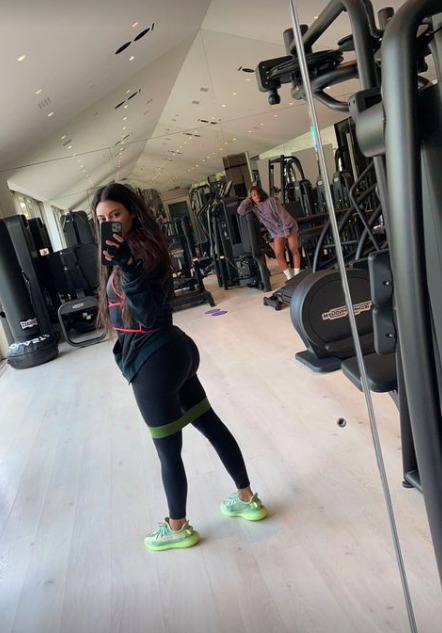 She captioned the pic, "Sprints and another leg day! I'm really tired today but got up anyway." It has been revealed that Kardashian started her workout session at 6 AM. 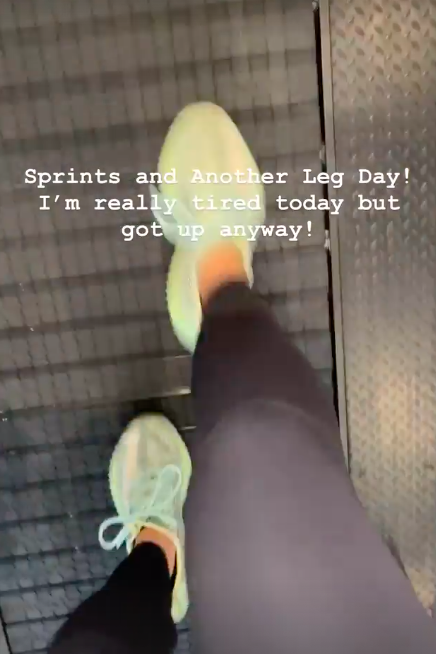 However, she boasted on her series of Instagram Stories wearing neon green Yeezy sneakers designed by Kanye West. 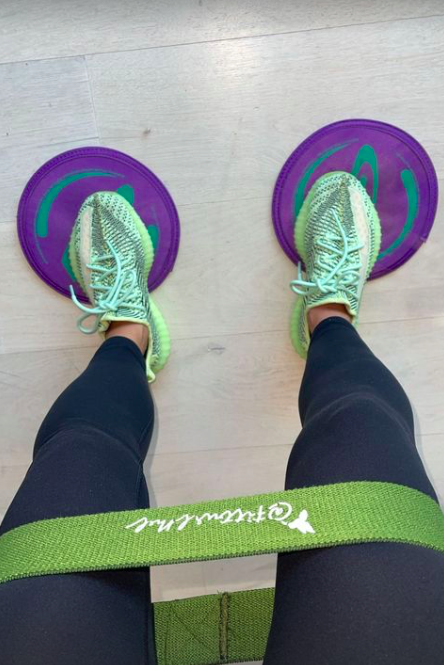 This comes after West was spotted all-smiles in Calabasas rocking baggy blue pants and a gray sweatshirt and the noticeable wedding band still on his ring finger.

The Sun shared an exclusive photo of the Grammy-winning singer as he went to his office after spending much of his time in his Wyoming ranch.

However, his estranged wife has been out and about in Los Angeles but has opted not to wear her wedding band and engagement ring.

Kim Kardashian After Filing for Divorce

On Feb. 19, the KKW Beauty submitted legal papers to divorce the dad of their four kids after six years of marriage, according to TMZ.

The Sun obtained the documents and found out that the reason for their divorce is due to "irreconcilable differences."

An insider told Us Weekly that the SKIMS mogul is taking things day by day.

"Everything has been going as smoothly as possible with her and Kanye so far."

The KUWTK star will continue to focus on her business empire and has also been attending individual counseling.

She is also reportedly "at peace with where her life is headed."

The former couple is also reportedly engaged in settlement talks, but their prenup is put into effect.

The parents of North, Chicago, Saint, and Psalm will have physical and joint custody of all of them. Additionally, several news outlets confirmed that the reality star would be keeping their $60 million Los Angeles mansion.

Kim Kardashian and Kanye West have a combined net worth of $4.2 billion.