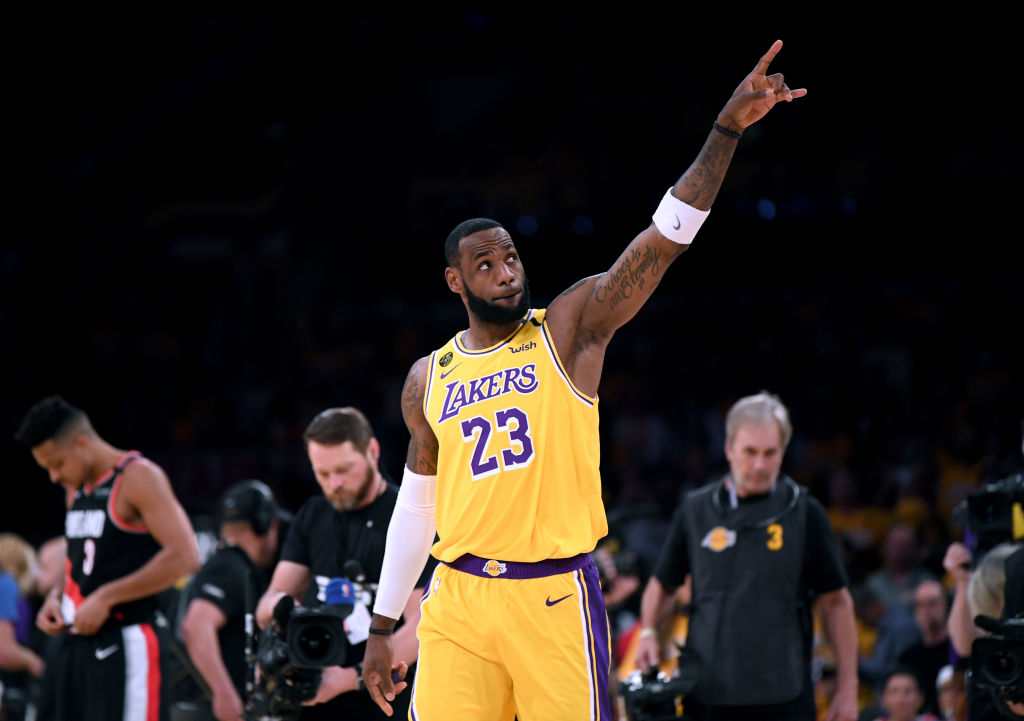 One original cast member of "Space Jam" has reportedly been axed from the sequel.

The theatrical sequel of "Space Jam: A New Legacy" has been plagued with controversy after a New York Times columnist named Charles M. Blow slammed Pepe Le Pew, the French skunk character on the animation series, for adding to rape culture.

A live-action animation scene was reportedly shot between Griece Santo and Pepe Le Pew in June 2019 for the sequel and was later left behind.

The scene was filmed by Terence Nance, who later left the production in July 2019. Malcolm D. Lee then took over.

Pepe Le Pew's scene was reportedly axed from the sequel a while ago and will not be part of the live-action video.

According to Deadline's source, who saw a rough cut of the film months ago, Pepe Le Pew didn't make a cameo or was never even mentioned.

However, the outlet confirmed that the French skunk's firing from the "Space Jam" sequel was not because of the New York Times' article.

Pepe was gonna play a bartender that hits on a woman and starts kissing her arm. She then slaps Pepe and pours her drink on him

After that, LeBron James tells Pepe he can’t grab other Tunes without their consent pic.twitter.com/Y5ndibW2U6

The Deleted Scene on 'Space Jam 2'

Pepe Le Pew was supposed to appear in a black and white "Casablanca"-like Rick's Café sequence, as per Deadline.

In the sequence, Pepe, who is playing the role of a bartender, starts hitting on a woman played by Griece Santo.

He started kissing her arm in the scene, which later made her pull back and slamming the skunk into the chair next to hers.

Santo then poured her drink on the bartender and even slapped him hard, which sent him spinning in a stool. LeBron James then gave Pepe guided him.

LeBron and Bugs Bunny started looking for Lola, all the while Pepe knows where she is.

Then she told LeBron and Bugs that Penelope cat has filed a restraining order against him, to which LeBron was giving out a speech to Pepe Le Pew that he can't grab other people without their consent.

When the "Jane the Virgin" star learned that her scene with the French skunk didn't make it to the film, she reportedly felt upset.

According to her spokesperson, the actress has become a victim of sexual harassment and even spoke against it.

Santo was reportedly happy to be part of "Space Jam: A New Legacy" and shooting the scene with Pepe Le Pew because she finally gets his punishment.

This helped teach boys that “no” didn’t really mean no, that it was a part of “the game”, the starting line of a power struggle. It taught overcoming a woman’s strenuous, even physical objections, was normal, adorable, funny. They didn’t even give the woman the ability to SPEAK.

The op-ed was titled "Six Seuss Books Bore a Bias," with Charles M. Blow arguing racism is embedded into American culture, especially pop culture, and feeding them to young children.

He mentioned a couple of characters, and one of those was Pepe Le Pew, who "grabs/kisses a woman/stranger, repeatedly, w/o consent and against her will," in a tweet.

Blow also mentioned Pepe wouldn't release the woman despite seeing her struggle to get away from him and then even go as far as locking a door to prevent the woman from escaping."

Blow then said that the kind of behavior shown in the animation is teaching boys that "no" doesn't mean no, and that it's all just part of "the game," the "starting line of a power struggle."