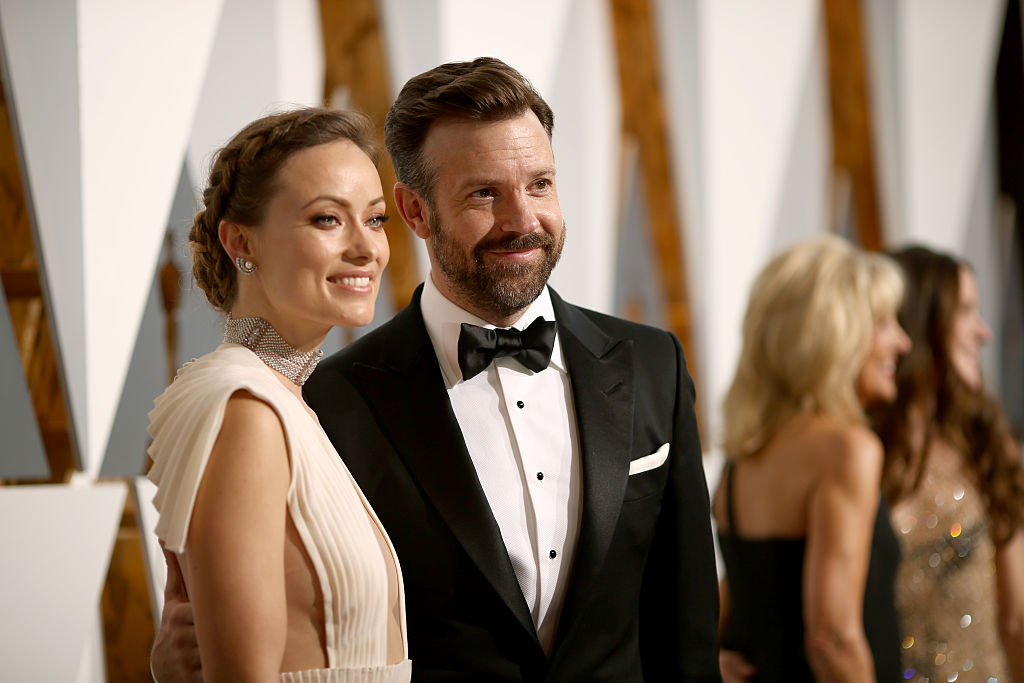 Olivia Wilde and Jason Sudeikis have decided to break up in November, with the famed director later moving on to Harry Styles and the comedian with model Keeley Hazell.

Numerous reports suggested that Sudeikis had negative feelings when he was dumped and was replaced by a younger man in Wilde's life.

However, that may not be the case.

Judging from their behavior on Sunday night's Critics Choice Awards, it seems like Olivia Wilde and Jason Sudeikis are on good terms.

Sudeikis said, "I want to thank their mom, Otis, and Daisy's mom, Olivia, who had the initial idea for this as a TV show."

He further explained that his almost-wife said that "Ted Lasso" should be a movie or a TV show.

Despite everything they've been through, he still gave her credit.

"She was like, 'You guys like doing that so much, you should do it as a movie or a TV show,' and she was right!"

Meanwhile, Olivia Wilde, who is dating "Watermelon Sugar" hitmaker Harry Styles, took to Twitter to congratulate her ex and the rest of the "Ted Lasso" cast members.

Congrats to Jason and the entire Ted Lasso family on your @CriticsChoice wins! @jasonsudeikis @hanwaddingham @brendanhunting @joekellyjk47 @VDOOZER! So happy for you guys. I hope this means we all keep wearing hoodies when the ceremonies are in person next year. 🙌

She said, "Congrats to Jason and the entire 'Ted Lasso' family on your Critics Choice wins! So happy for you guys. I hope this means we all keep wearing hoodies when the ceremonies are in person next year."

Wilde referred to Sudeikis' acceptance speech where he wore a hoodie, a Crockett High School hoodie from the movie "Booksmart" where he played Principal Brown and directed by his ex-girlfriend.

Since their split, neither Jason Sudeikis nor Olivia Wilde has come forward to confirm a timeline or version of events.

They preferred keeping the details of their breakup private. However, their high-profile new relationships are continuing to drive gossip.

Olivia Wilde and Harry Styles met on the set of Wilde's directorial film, "Don't Worry Darling," in late 2020. By January 2021, the pair were seen holding hands at the wedding of Styles' manager.

Since then, Page Six speculated that her split from Sudeikis is even more dramatic than initially claimed and that her blossoming relationship with the "Adore You" crooner was the nail in the coffin. They even claimed that the comedian was "distraught."

Wilde was also seen moving her bags from the home she shared with Sudeikis to Styles' Los Angeles mansion, indicating that their relationship is heading to a whole new level.

Meanwhile, Jason Sudeikis is reportedly dating model and actress Keeley Hazell, who is also part of his show "Ted Lasso."