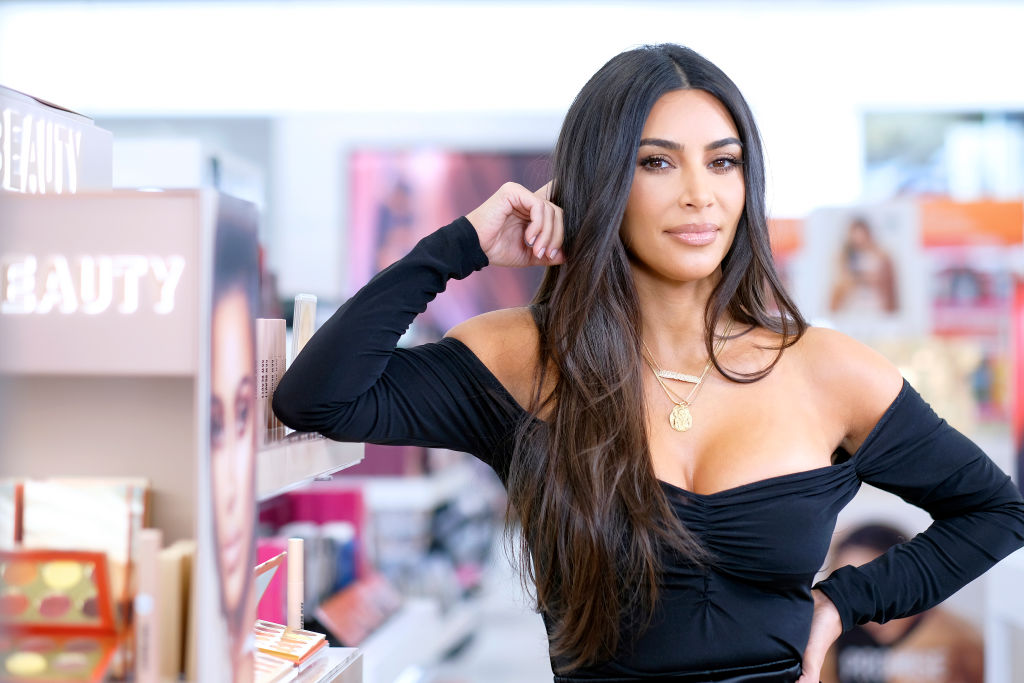 Kim Kardashian has just become part of the billionaire's club.

When reporters asked her about her newest accomplishment just outside of her SKIMS pop-up store in Los Angeles, the 40-year-old said she's feeling blessed to reach the milestone finally.

The "Keeping Up with the Kardashians" star felt that her businesses, such as makeup line KKW Beauty and shapewear line SKIMS, have contributed to her newest net worth.

Now, she and her younger sister Kylie Jenner are both the billionaires in the Kar-Jenner clan.

But Kim makes one important vow just after making it into Forbes' official billionaire's list.

According to Forbes magazine, from her previous net worth of $780 million in Oct. 2020, she is now worth $1 billion.

Aside from her brands, with a $500 million stake in KKW Beauty and her shapewear line valued at $225 million, she also earned most of her millions from her reality TV career and endorsement deals.

The rest of Kardashian's estate is made up of her investment, properties, and personal finances.

READ ALSO: Kanye West New Documentary Will Debut This Year: Why Netflix Paid Millions for It

Kim Kardashian, who is mom to children North, Saint, Chicago, and Psalm, is confident that she and Kylie Jenner will not be the only billionaires in the family.

When reporters asked her who she thinks will be the next Kar-Jenner member they'll be welcoming to the billionaire's club soon, she gave it some hard thought.

Reporters suggested that it could be her mom, Kris Jenner, or perhaps her supermodel sister, Kendall Jenner, but Kardashian is thinking bigger.

That may be all of them will be making some pretty big bucks, and it won't stop with Kardashian, nor her Kylie Cosmetics mogul sister.

Her sisters Khloe and Kourtney Kardashian can make it to the list, and even her brother Rob. But it won't stop them because the Kar-Jenner children may also earn themselves some good money. After all, as they say, "success breeds success."

According to Harper's Bazaar, Kylie Jenner's estimated net worth was $1 billion but was downgraded by Forbes to $900 million. She is the second-richest Kar-Jenner member in the family.

Kar-Jenner matriarch Kris Jenner gets a 10% cut of each of her kids' offsprings, so she has an estimated net worth of $190 million. She also has stakes in her kids' businesses, such as Kylie's makeup brand and Rob's sock line.

Khloe Kardashian is worth $50 million, according to Parade. This is all thanks to her jeans line, social media, and endorsement deals.

Next is Kendall Jenner, who reportedly has a net worth of $45 million. She continues to top the highest-paid model's list with earnings of $22.5 million.

Kourtney Kardashian is estimated to be worth $35 million, and Caitlyn Jenner is worth $100 million.

Their brother Rob Kardashian has a net worth of $10 million.

READ MORE: KUWTK: Khloe Kardashian Wants Leaked Photo Gone From The Internet But It's Not Even Explicit