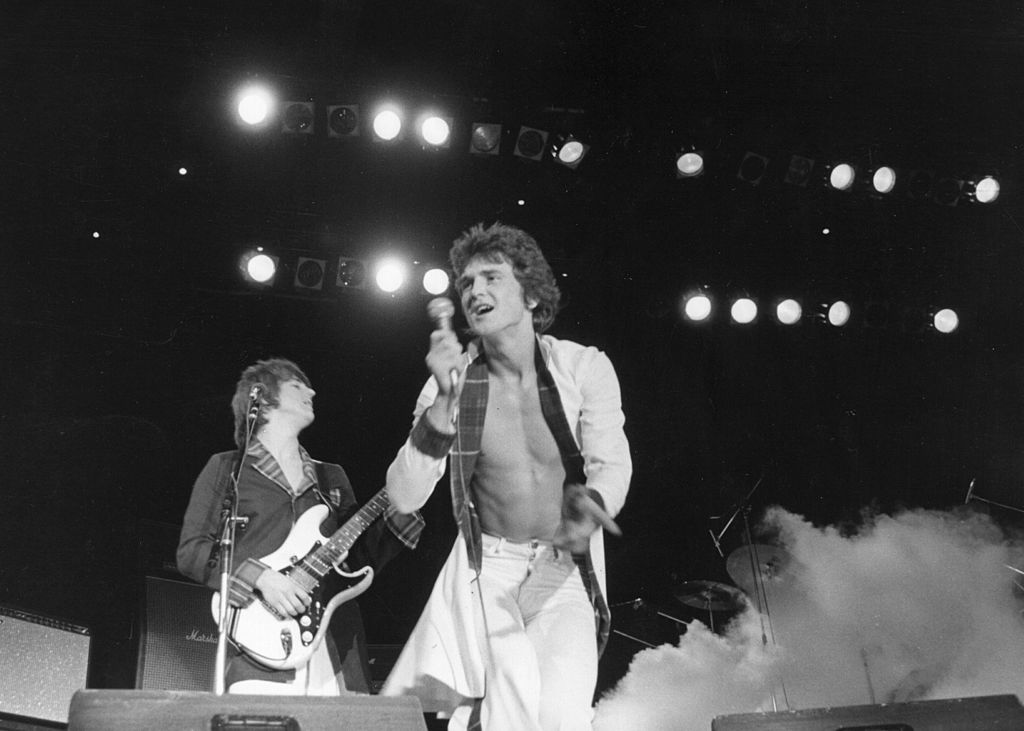 Early this week, it was announced that Bay City Rollers front man Les McKeown has died.

He was 65 years old. His family revealed that he died suddenly at his home.

The Scottish pop singer led the Edinburgh band in the 1970s, becoming instant pop stars with hit tracks "I Only Wanna Be With You," "Bye Bye Baby," "Shang-A-Lang," and "Give A Little Love."

McKeown's life has been in the public eye for so long, so many things are known about him whether it'd be good or bad.

In an interview just before his death, he revealed that his wife Peko Keiko, who he married in 1978 that "She could have kicked my a-right out the door a long time ago."

This was because Les McKeown's life included a decades-long troubled marriage while being addicted to alcohol, drugs, and numerous affairs with women and men.

McKeown would often drink two bottles of bourbon during the day and sniff piles of drugs. Even he knows that doing these for years made him into a "complete b------d."

Soon after he married Keiko, he started his started these vices. However, she had always forgiven him.

She got him into rehab in 2015 and described how his wife saved him.

"The wife got to me just in the nick of time. I got an offer of a rehabilitation program at the Passages Centre in California and I didn't want to refuse it - although, I didn't really want to go, either."

Other bombshell revelations about the rock star's life included being molested and violated at the age of 19 by another man during the height of his Rollers fame.

He revealed that it was in a hotel room in the US where he was also given drugs.

"Afterwards I felt really used and abused. I never told anybody about it, not even the other guys in the band, because I was ashamed."

McKeown also revealed that he drank alcohol to push away the memory, but the after-effect was attracted to men.

Many people also believed that Les McKeown was cursed after running over and killing an elderly neighbor.

In 1975, Euphemia Clunie died because a car ran over her. The only punishment McKeown got was paying for a £150 ($208) fine and having his driver's license banned for a year.

Later on, he was also accused of hurting a teenage fan, whom he allegedly shot a rifle with in the forehead. However, the singer was cleared of the charges.

In 1978, the rest of Bay City Rollers believed that Les McKeown treated them as a backing band.

Guitarist Stuart Wood revealed that McKeown always had his dressing room and bouncers and was an "insatiable spotlight-hogger."

He told the Daily Mail in 2007, "Every night he would stand right in front of me during my sax solo and it was becoming a bit tiresome. It was the time when everything was becoming ridiculous."

McKeown left the band shortly after that. By 1981, Bay City Rollers was done. Though they had a few reunion gigs, they never got any success again.

Ten years ago, Les McKeown revealed he was secretly gay, but his wife stayed with him.

In a 2009 interview, he revealed how hard it was for his wife to accept his new sexuality.

"There have been times when she's forgiven me for cheating with other women. This gay thing has been really hard for her to confront. She has been a big rock holding the family together and I'm lucky to have her."