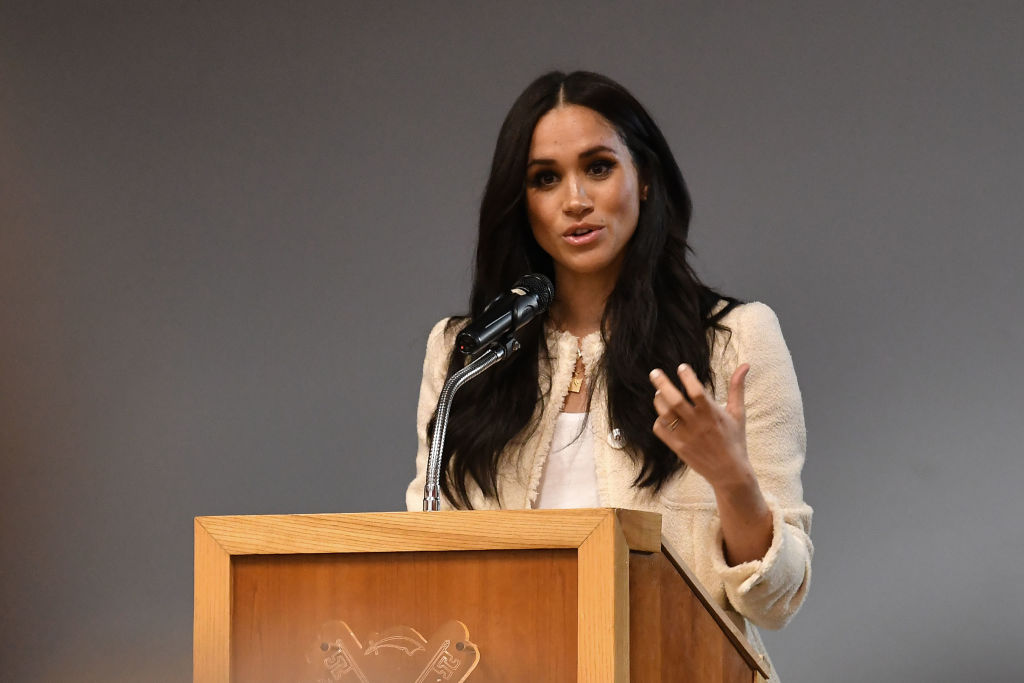 As Meghan Markle made an appearance at the star-studded Vax Live telecast on Sunday, she wore an eclectic array of jewelry.

The Duchess of Sussex wore stacks of diamonds as she spoke at the concert in a pre-recorded message from her $14 million California.

Her brief reported interview, however, aired at the end of the concert's telecast, which was broadcast on several TV channels in the United States on Saturday night.

It was the Duchess's first American television presence since her and Harry's explosive interview with Oprah in March.

For the occasion, the 39-year-old Duchess chose a red $1,680 Carolina Herrera shirt dress emblazoned with poppies, as she is known for her love of luxurious designer clothes and symbolic jewelry.

Meghan has long been a fan of Carolina Herrera, wearing the designer on many occasions during her tenure as a member of the royal family.

Meanwhile, she accessorized her ensemble with a slew of gold pieces as follows:

Diana wore the stylish timepiece on many occasions, including a 1997 visit to London's Shri Swaminarayan Mandir Hindu Temple and a subsequent engagement at the British Lung Foundation.

Meghan also wore a Cartier 'Love' Bracelet on her wrist, which she's had since at least 2017.

Jennifer Meyer's gold tennis bracelet was added for the occasion. The piece is a "real staple" and a "chic compliment to everyday style."

In total, the Duchess of Sussex's dress and jewellery were worth around #37,000. The total value was based on Daily Mail's rough estimates converted into dollars.

READ ALSO: Meghan Markle Wears Powerful Statement Jewelry at Vax Live Concert: What it Means and What it is For Revealed