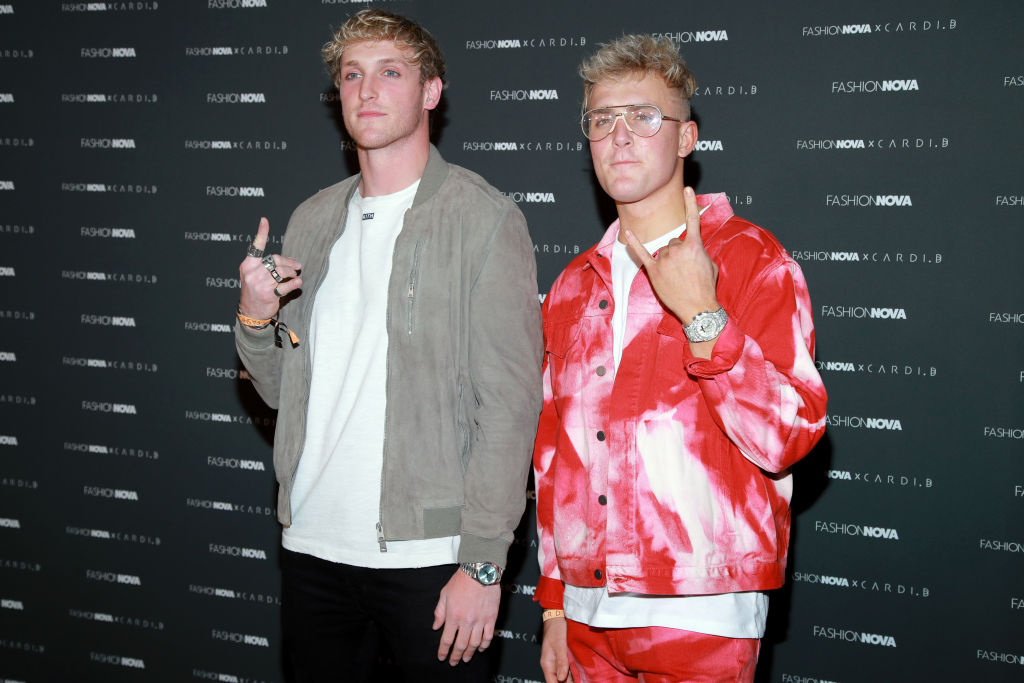 Mayweather, who has a net worth of $450, with his huge bodyguards and that amount of money, who wouldn't be?

The controversial YouTuber brothers are reportedly taking no chances after the famous boxing champ's "I'll kill you" threat.

Both Logan and Jake Paul now have security watching them 24/7, according to a news outlet.

Mayweather's threat comes after the younger Paul brother stole his baseball hat during a confrontation at the Logan-Mayweather pre-fight news conference in Miami.

Though many who witnessed the entire fiasco claiming the 44-year-old's threat was an empty one, Logan and Jake Paul are not taking any chances.

When asked why, the 26-year-old, who's about to fight Mayweather on Jun. 6, explained, "When you have a guy with the resources and the wealth that Floyd Mayweather has and the connection and the network and he's saying, 'I'mma kill that mother-----, kill?! Death?! You're gonna kill my brother over a f----- hat?!"

Despite being afraid of their lives, Logan revealed that he and Jake Paul wouldn't be going to the cops or file anything for the threat Floyd Mayweather made against the younger Paul. The idea of even getting the police involved was "straight-up b---- s---- bro."

How Much Will Logan Paul and Floyd Mayweather Make?

Logan Paul believes there's a chance he will be making $20 million for fighting Floyd Mayweather.

Meanwhile, Money claimed that he would make as much money fighting the YouTuber as he did with Conor McGregor.

In an interview with the Disruptive Entrepreneur podcast in March, he claimed he can make about $35 million but can probably make $50 million for just a regular fight.

"But for me and Logan Paul, or a YouTuber, we can go out, entertain and have fun, and make nine figures $100million or more."

The iconic boxing champ could beat both Logan Paul and Jake Paul on the same night, on Jun. 6, but according to Mayweather Promotions, he won't.

CEO Leonard Ellerbe explained, "Realistically, he could, but no. from a business standpoint, no."

He further explained, "Floyd and Logan are gonna have a great exhibition of the 6th of June and the whole world will be entertained."

As for the possibility that Mayweather could fight the younger Paul brother sometime in the future, it's highly possible.

Floyd Mayweather previously took the mic at Hard Rock Stadium and said if he had to beat "two fake fights" on the same night, he would have no problem with it.