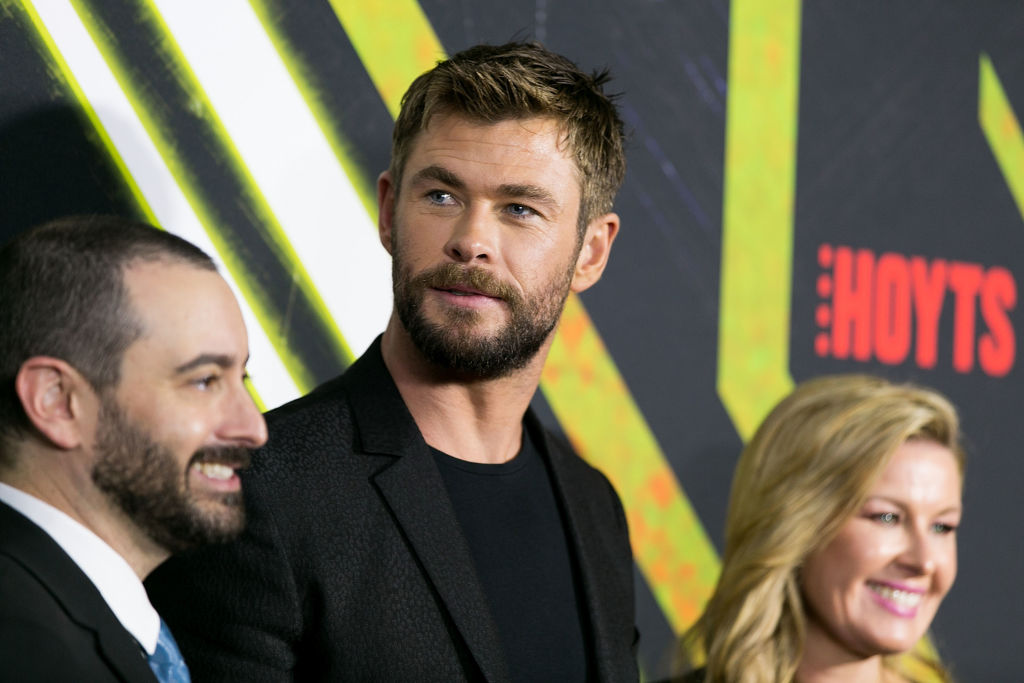 Chris Hemsworth's Instagram post about the conclusion of the shooting for "Thor: Love and Thunder" broke the Internet, but his fans seem to be distracted by something else.

The said Instagram post that gained almost 4 million likes, included a black-and-white picture of the actor in all his rugged glory, the caption comes with "That's a wrap on Thor Love and Thunder, it's also national don't flex day so I thought this super relaxed photo was appropriate."

The long blond hair, the smoldering and the exposed muscles got the attention of his fans as Hemsworth's bicep looked veiny and ready to burst.

Twitter users fawned all over the actor's muscle gains, user @PeasThankyou said "Damn... @chrishemsworth arms are as big as @TaikaWaititi. If the arms size is any indicator of movie awesomeness, then this one is going to be one heck of a ride"

Another Twitter user quoted the tweet with the caption "Chris Hemsworth? No no no, That is BIg Daddy Cool Diesel." while another user captioned it with "The fact that Thor doesn't have a beer gut, already makes this film better than Endgame..."

The fact that Thor doesn't have a beer gut, already makes this film better than Endgame.... https://t.co/AHMNCpje3d

Other comments include short and funny one-liners "I'm guessing he had a long work out" and even the side-eye emoji indicating that user @SportswearGear is looking respectfully.

Based on this article by Entertainment Weekly, the Australian actor confirmed that the film is finished shooting, and wrapped up everything in their Australian set.

The actor posted a "super relaxed photo" on his personal Instagram which garnered a lot of attention from Marvel fans. Hemsworth continued to tease them by saying the movie will be on the same level as "Thor: Ragnarok" which was released in 2017.

2022's "Thor: Love and Thunder" will "be bats crazy off the wall funny and might also pull a heartstring or two," says the lead character, further raising expectations for the upcoming movie.

According to IGN, the movie will be available in theaters starting May 6, 2022.

The Full Cast of 'Thor: Love and Thunder' Include Big Names, Who Will Be Marvel's First LGBTQ+ Partners

Although everybody knows that Chris Hemsworth is the main character of this story, some fans are highly anticipating Tessa Thompson's role as "Valkyrie," her story involves searching for her queen.

Screenrant delves into the cast's role in the upcoming film, actors include Natalie Portman as Jane Foster, Taika Waititi as "Korg," Jaime Alexander as "Sif," Chris Patt as "Star-Lord" and another anticipated role is the new, shiny and evil "Forr the God Butcher" played by Christian Bale, the newest MCU villain to show on the big screen in 2022.