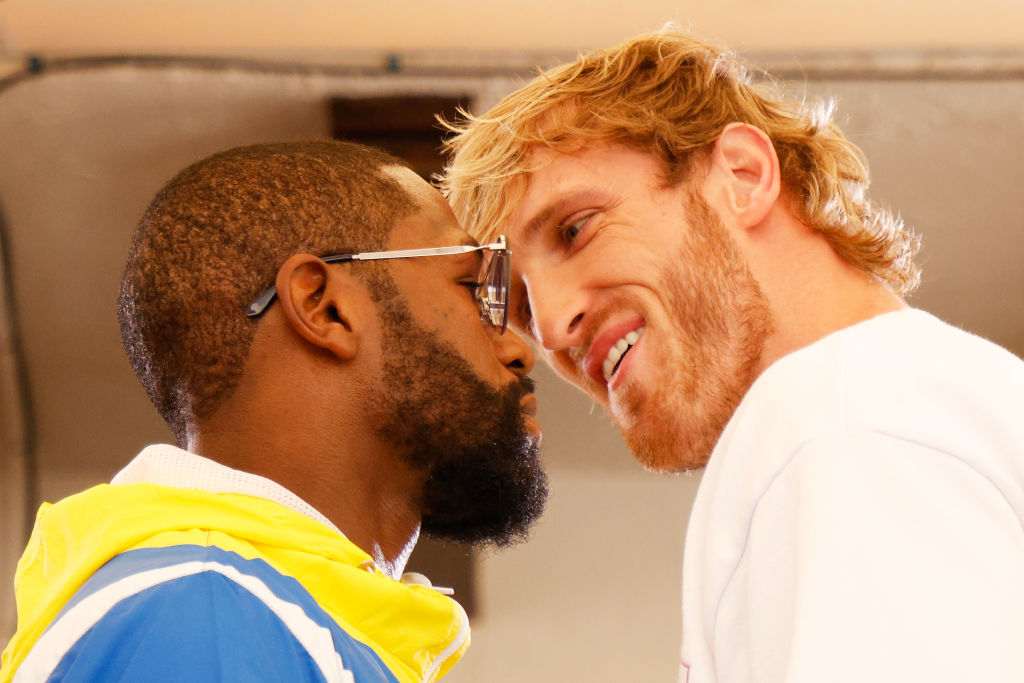 Logan Paul earned another supporter after former world champion Regis Prograis betted $50,000 on him before his fight against Floyd Mayweather.

"Tonight is the night. Mayweather is going to lose. Logan Paul is over 30lbs bigger. They make weight classes in boxing for a reason. I'm putting up 50K that Logan will get the KO. You heard it here first," he said.

If he has truly placed the bet, he could win over $200,000 if Paul defeats Mayweather within the first eight rounds.

Prior to the fight, Mayweather weighed around 155 lb - his heaviest since he started his professional boxing career. Since the announcement of the fight, the 44-year-old boxing promoter repeatedly said that Paul does not have an advantage with his height and weight.

"I don't worry about that. I'm a fighter, this is what I do," he said, per Mirror. "I was a professional for 25 years, I have seen every style, and always come out on top."

Mayweather explained that he does not worry about his competitors' height and weight since he makes sure to adjust accordingly to secure the win.

He also assured his fans and supporters that he already knew how to fight different styles to have the edge.

Before the fight, Paul himself announced that he will shock the world by causing Mayweather's first defeat in his lifetime.

The YouTuber-turned-to-boxer pledged that he will knock out the veteran in the first round before saying that it would surely be a show for boxing fans.

Prior to Prograis' prediction, former world champion Carl Froch already shared the same sentiments and said that the fight would ruin Mayweather's career.

READ ALSO: Lil Durk's Brother OTF DThang Tragically Died At 32: Was He Involved In A Crime?

He detailed that the boxer would suffer from mocker despite winning the boxing event. However, Mayweather might also face the worst if he loses.

Froch compared the two boxers, saying that Mayweather seemingly tried to prove something he already did. Because of this, he might leave the U.S. out of embarrassment once he loses against the boxing newbie.

Even Mayweather Promotions CEO Leonard Ellerbe said that Paul can unleash Mayweather's anger, which could affect the boxer's performance inside the ring.