Gwen Stefani has changed so much now that she's married to Blake Shelton, friends are allegedly claiming she has became a stranger to them. Is Blake Shelton the reason? Is he controlling how she moves and acts?

According to OK magazine, Blake Shelton's influence on the music legend is reportedly substantial. Since they got married, Stefani reportedly has became "so country," to the dismay of her friends. By being so country, this does not mean her music style. 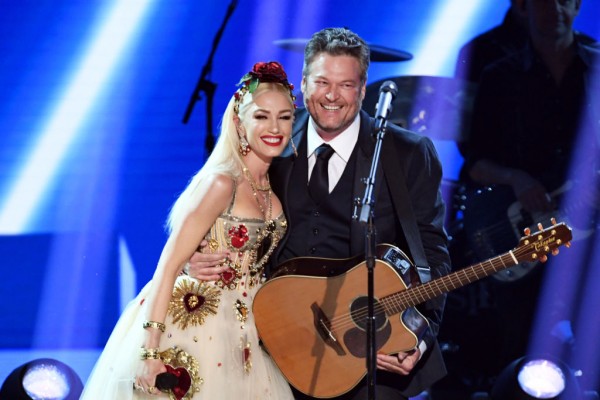 The outlet claimed that just a month after getting hitched, Stefani has 100% embraced Blake Shelton's world, which means fully embracing the country life in Oklahoma. Her friends are concerned because they believe that Stefani is only doing this to please her husband, and not because she truly desires so.

"She's changing everything for him," accuses a pal, who explained that the songstress, 51, has swapped her high-fashion sophistication for Blake's dressed-down sensibilities. The fact that Stefani even had shoes with Blake's face on them just revealed the lengths she would go for her new partner in life.

"It's not just the jeans and boots that she's wearing," the friend added as fuel to her allegations. "She's cooking him his favorite Southern meals, like biscuits and gravy, and would rather have a barbecue than dinner at a fancy restaurant." Stefani - who has already been married once to Gavin Rossdale and shares three kids with him, is even joking that she's Gwen Shelton even thought it was never in her plan to change her surname, at least in the past, the friend added.

While these are concerning allegations, one can still argue that Stefani just might have found her new ranch life better-suited her than she thought it would in the past.

Daily Mail UK has detailed what goes through in Stefani and Shelton's life in Oklahama and has shown how peaceful and calming the ranch is. Most of the photos captured of the newlyweds were just them beaming and being happy.

Earlier on, Blake even revealed that his ranch now has a chapel, which was built mainly to profess his love for Gwen.

"Blake built a chapel on the grounds of his Oklahoma ranch. He did it himself with help,' a source told Us Weekly in December 2020."It's really a tribute to their love. They are going to get married in the chapel, most likely early next year," the source then said.

Tags: Gwen Stefani
© 2021 EnStars.com All rights reserved. Do not reproduce without permission.
Most Popular
You May Also Like

Gwen Stefani and Blake Shelton's troubled relationship is rumored to be caused by the country singer's recklessness with his health.

Gwen Stefani, Blake Shelton Reportedly Expecting For a Child; What Is The Gender of Their Baby?

Months after they tied the knot, Gwen Stefani and Blake Shelton are reportedly expecting for their first baby; how true is this?

Blake Shelton and Gwen Stefani have been married for 3 months now and the country star gave a glimpse on their wedding.

Gwen Stefani, Blake Shelton's Marriage on the Rocks Over THIS Reason? [REPORT]

Gwen Stefani and Blake Shelton just got married a few months ago and now, they're reportedly on the verge of breaking up; is this true?

Blake Shelton, Gwen Stefani Planning to Have A Baby But Via Surrogate?

Blake Shelton and Gwen Stefani have just married in July, but now they're finally keen to add more to their family.

Gwen Stefani and Gavin Rossdale were married for 13 years. In 2015, they ended their marriage.

After Blake Shelton and Gwen Stefani's wedding, one tabloid suggests that the latter is not happy with her husband's weight gain as he's allegedly eating unhealthy foods; how true is this?

Are the country singers turning their backs on Gwen Stefani?

Gwen Stefani recently posted a photoshopped image of her and her husband Blake Shelton on Twitter, which garnered criticisms from some users online.