Noah Singer, the breakout artist who captured the world with his debut "Journey," returns with another bright, surefire hit with "Sunrise."

Released across all major music platforms, Noah Singer delivers a sliver of hope after going through a rough patch, specifically in a relationship. He delivers the necessary wisdom of staying beside a partner, despite them not being their best selves, falling into a funk, and not acting like they usually do. Being the "Sunrise" when the other is temporarily on a rainy day, which Noah Singer perfectly encapsulates with the line "Just know when you're around/ I'll try my best to be your light." 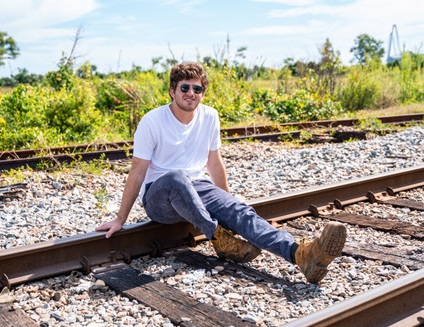 Delivering his positive and reassuring message in a mix of smooth R&B and pop elements, Noah Singer showers his listeners with sincere, positive messages. He starts off recognizing the challenges of today's world, which can drive someone to not feel like themselves. However, despite these difficulties, Noah assures that "everything's gonna be fine," an uplifting message that runs through the 3:04 track. Aside from its upbeat rhythm and positive message, the overall vibes that "Sunrise" gives off make it perfect for any feel-good playlist for any occasion.

"It is encouraging them to just look forward to the next day, so they can be at their best; therefore, we can thrive together," Noah Singer explains in a press release.  He adds that he likes to create songs that leave people to have their own ideas about them.

In his latest track, Noah Singer collaborated again with J Grooves and Cameron Dietz, serving as the producer and executive producer, respectively. "Sunrise" runs in a similar feel to his previous works, making his fans feel right at home with the familiar feel stemming from his uniquely harmonious musical style.

Noah Singer first captivated local and international listeners with his debut single and album, "Journey." His debut track now has garnered more than 100,000 streams and peaked at the 64th spot on the iTunes Charts. Additionally, the album of the same name has more than 200,000 streams to date and reaches #44 on the iTunes Charts. The 22-year-old law student is actively pursuing a career in music, now based in Charleston, South Carolina.

Listen to "Sunrise" below:

Tags: Music south carolina
© 2021 EnStars.com All rights reserved. Do not reproduce without permission.
Most Popular
You May Also Like

The alternative hip-hop artist reflects on relationships, weaving experiences of relationships in Ireland, and injustice in Hong Kong, on the first single off his upcoming debut EP, ‘Heart Leak’.

Today Scarlett O’Hara releases the first part of their mini documentary series and gives fans a look behind the camera from their “Friction” music video shoot.

The Cecilia Chorus of New York Presents Margaret Bonds’s The Ballad of the Brown King: A Christmas Cantata and Handel/Mozart 'Vest-Pocket' Messiah

The Cecilia Chorus of New York Presents Margaret Bonds's The Ballad of the Brown King: A Christmas Cantata (text by Langston Hughes) and Handel/Mozart "Vest-Pocket" Messiah.

he rapper Young Dolph, 36, was just shot and killed in his hometown Memphis, TN.

‘There is one way to throw him off and we know what that is, we figured it out’

Ballerini and Chesney were revealed as early winners in two categories on GMA this morning.