How The Grinch ACTUALLY Stole Christmas, and Why the Movies Only Got it Right the First Time

Remakes are always a catalyst for contention. Movies like The Parent Trap, Hairspray, and A Star is Born demand to start a fight in any conversation they come up with. Regardless of whether you believe the original to be unmatchable (how do you beat the OG Parent Trap twins?) or the new to fix the problems of the old (Lady Gaga is FLAWLESS in A Star is Born), there will always be someone with the contrary opinion.

More frequently than not, however, advantage airs on the side of nostalgia. It will forever be more difficult to compete with the gold-standard set by a film in the formative years of childhood than it is to successfully improve it. For this reason, the most difficult movies to successfully be remade are undeniably, inarguably, the Christmas classics. 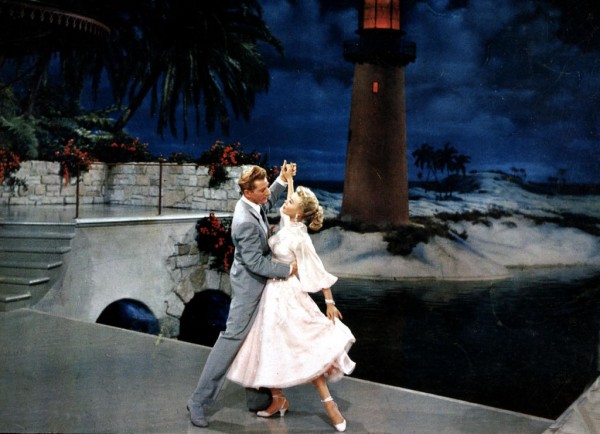 Chirstmas classics are a seasonal, beautifully untouchable collection of films. There are at least eight that your friends will judge you for not having seen. When you have already attached the warmth, joy, and spirit of Christmas to one particular movie, no other could ever dein to compare.

Furthermore, a "Christmas classic" implies that you will watch one movie, at the same time of year, year after year after year. The nostalgia grab that remakes often play into ('You know Footloose? Well, watch this new one to remember the old one') does not work during the holiday season. Why would you watch a new movie to reminisce about a classic when you could just...watch the classic? Filmmakers for this reason have, by and large, steered clear of Christmas classic remakes.

Well, except for one: How The Grinch Stole Christmas.

(And, okay, also A Christmas Carol, but I'm not talking about that one right now.)

For some inexplicable reason, the Dr. Seuss Christmas classic How the Grinch Stole Christmas has not managed to successfully escape the clutches of the power-hungry Hollywood remake machine. While the 1966 picture-book-brought to life, is still a December must-watch for families everywhere, the delightful short program has been adapted TWICE in the last twenty years. (Which doesn't sound like a lot, but Jennifer Aniston and Brad Pitt split up in October 2005, and we're still not over it.)

Dr. Seuss's How the Grinch Stole Christmas starring Jim Carrey in the title role came out in 2000, and Dr. Seuss's The Grinch with Benedict Cumberbatch came out in 2018. While Jim Carrey is one of the most brilliant physical comedians the world has ever known, and Benedict Cumberbatch is someone I would run away with without question, these two movies still miss the mark. In their effort to modernize, sensationalize, and pander to a young audience, the films entirely neglect the selflessness and heart that made How the Grinch Stole Christmas a classic in the first place.

The Whos are the good guys. I'm sorry if you missed that point in your contemporary viewings of the 21st century remakes. I would not blame you if you have. They have ENTIRELY changed it.

The point of the original story is that The Grinch, a mean villain who lives right above Whoville, hates the commercialism of Christmas. He does not hate the fact that it has been commercialized; that would imply that he himself is the sole harbinger of the Christmas spirit (which is definitely not true). He hates the loudness and the perceived selfishness of the day.

However, when he steals the gifts, THE POINT IS that The Whos don't recognize that Christmas has been stolen the way he wants them to. Without a second thought, The Whos are outside singing their beautifully moving nonsense words, just as they do every Christmas, a little sadder than usual, but still in the spirit of the holiday.

In newer adaptations of the film, The Whos are painted as these mean, selfish, greedy commercialists who could not possibly FATHOM Christmas without gifts. Furthermore, in a feeble attempt to turn The Grinch into a redeemable anti-hero (which, LITERALLY, stop trying so hard. That's what the story already WAS the ENTIRE. TIME!), the Whos are mean to The Grinch. Specifically, in the 2000 adaptation, The Whos bully him, warn their children about him, keep him at an arm's reach from the town, and are incredibly weary of going near him.

In working far too hard to over-complicate and reinforce an already perfect redemption arc, these new films create stories in which there are no good guys.

"But Carly, isn't The Grinch-"

Oh, do NOT get me started!

(Editor's Note: It's too late. She has already begun.) 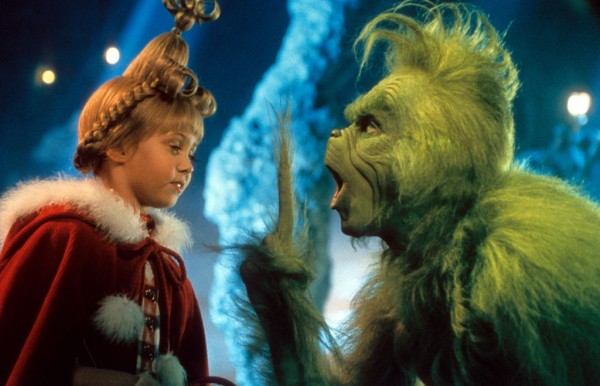 CINDY LOU-WHO CANNOT SHOULDER THE BURDEN OF SAVING THE CHRISTMAS SPIRIT FOR EVERYONE, FOR IF WE MAY HARKEN BACK TO THE ORIGINAL TEXT, LOOSELY PARAPHRASED: B*TCH, CINDY LOU-WHO IS NO MORE THAN TWO!

(I feel very strongly about this, can you tell?) In modern Grinchian adaptations, filmmakers have attempted to self-correct the "no hero" conundrum (a conundrum that, if I may remind you, they created themselves) by making Cindy Lou-Who a hyper-insightful hero child. They tend to age her up slightly and give her a precocious sensibility (which, let's be real, would definitely get her put on the naughty list.)

Don't get me wrong: I believe children can do anything. I'm just saying, the ORIGINAL Cindy Lou-Who is two, an age when children most historically speak in two to three word sentences, and is not actually titular to the plot. She is there for one reason: to prove that The Grinch is SO MEAN that he can effortlessly lie to even the cutest of children and steal their toys.

Cindy, your entire house has been OBVIOUSLY ROBBED, and you take the man standing in your newly, practically empty house at his word. Yeah, let's entrust you with saving the town.

This is nothing against Cindy. She's two. That is exactly what I would expect a two year old to do in this situation. Why did Dr. Seuss make her two? Because if she were any older, she would have enough sense to know something was off, and enough wherewithal to stop The Grinch.

The fact that she does not stop him is important because it lets The Grinch come to the realization that he is wrong about Christmas by himself. He does not need someone to tell him outright, which is one of the most unfortunate parts of Cindy Lou-Who's bastardization in the recent adaptations. She is just a vehicle through which to tell the audience exactly what they are supposed to think, not allowing us draw the conclusion ourselves.

By focusing too heaily on the stresses and struggles of Christmas, the film's potential to evoke a warm, memorable holiday feeling is significantly stifled. In the 1966 classic, The Grinch is the only one who is grouchy about the perceived commercialism of Christmas, but, through his Grinchly plight, he realizes that The Whos were giving these gifts to express love. Like, if The Whos had a collective love language, it would 500000000% be gift giving. Christmas, however, is not dead when The Grinch steals the gifts, because The Whos recognize that, while gift giving is their FAVORITE way to show love, the love exists and prevails without the ability to express it in gift form. There is no hiccough in the day of The Whos.

If The Whos aren't filled with the Christmas spirit, that means that gifts are Christmas to them. Therefore, when The Grinch steals the gifts, he succeeds. He stole Christmas. Point Grinch.

The 2018 film works too hard to go the other way, and still winds up falling through the same trap. Cindy Lou-Who (our hero, naturally) sets out to trap Santa to ask him to help her overworked mother. While this is a kind gesture, it turns the quest for love outward. Rather than the very who-ish way of just kindly showing each other love and support, continuing to sing whether there are presents or not, Cindy-Lou Who seeks outside herself for help in showing her love. Her reliance on Santa proves to be problematically equivalent to The 2000 Whos' reliance on presents.

Both films suggest that something extra is needed, but the true point of the original story is that everything you need to express love, joy, and all the other values of Christmas is inside of you already.

How the Grinch Stole Christmas is a simple story of a curmudgeon that lives outside of town, who is annoyed by the fanfare, pageantry, and overindulgence of Christmas. Through his quest to take all of these unnecessary things away, The Grinch learns that they were just that: unnecessary. The gifts were just a physical representation of love and generosity shared between The Whos. If they don't have that, the spirit still continues. When The Grinch recognized this power...

"The true meaning of Christmas came through and, The Grinch found the strength of ten Grinches. Plus two."

When he comes to Whoville filled with love, he is immediately accepted, which is the most powerful proof of unconditional love.

Unconditional love is at the heart of this story. It has what has kept it pumping for the last 55 years. The remakes have taken their fingers off of this pulse. Is this story a tempting setting in which to discuss problematic consumerist culture and dissect a society that has, in many ways, become over-inundated with materialism and instant gratification? Sure! But can you just...not? It's Christmas.

Some stories can just be about love. Let The Grinch be one of them.

The Amanda Show Reboot? Actress Amanda Bynes Is Planning To Make A Comeback In 2018

After years of bizarre behavior and taking a hiatus from the acting world, Nickelodeon star Amanda Bynes is ready to return to television. Bynes could be reprising her role in the sketch comedy series 'The Amanda Show.'

Bynes recently placed an order from Couture Princess Wigs for three Disney-inspired wigs. One Cinderalla wig, one Barbie and one Belle, the character from Beauty and the Beast. She placed the order on May 23, the day of her arrest, and the three wigs cost a total of $830.00.

The actress was arrested but released the next day without bail after her court appearance where she wore a blonde wig, which she used to cover her shaved head.

Amanda Bynes was reportedly wearing a new long brown wig as she left a high-end salon in the West Village on Saturday, according to The Daily Mail.

The 27-year-old covered her face in a white blanket as she stepped out from the store and on to the streets in the rain.