Bernie Sanders commented in the best way he could on the Rosario Dawson ordeal when she mentioned Monica Lewinsky.

According to Sunday's report from New York Times, Dawson invoked Lewinsky during a rally over the weekend. As Lewinsky is known as the White House intern who had a scandalous affair with former president Bill Clinton, the subject on her during a rally is bound to create some controversy.

But when Dawson mentioned her, she was on the subject of cyberbullying and being pressured to support Hillary Clinton who's running for president this year.

"We are literally under attack for not just supporting the other candidate," the actress said who's apparently voting for Sanders in the presidential run. "Now, I'm with Monica Lewinsky with this. Bullying is bad. She has actually dedicated her life now to talking about that. And now, as a campaign strategy, we are being bullied, and, somehow that is okay and not being talked about with the richness that it needs."

So, during Sanders' campaign, someone from CNN asked the politician about the situation to see how he felt about it.

Sanders didn't mention the comment on Lewinsky, but expressed his support for Dawson.

"Rosario is a great actress, and she's doing a great job for us," he said. "And she's been a passionate fighter to see that we increase the voter turnout, that we fight for racial, economic, environmental justice. What our job right now is to contrast our views compared to Secretary Clinton. That's what a campaign is about." 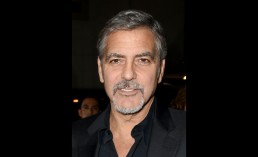 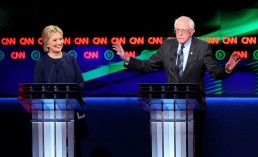 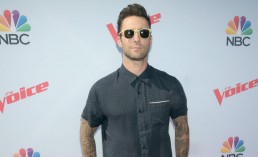