Don't expect any of the Hills stars to make an appearance at Audrina Patridge's wedding.

In an interview with Fit Pregnancy and Baby, the reality star opened up on her big day when she ties the knot with Corey Bohan. Even though the day will be big, the ceremony, itself, will be fairly small. So, unfortunately, all of Patridge's co-stars from the former MTV series didn't wind up on the guest list.

"We just finalized the guest list, and it's about 130 people, mostly family," Patridge said via Thursday's report from E! News. "As far as friends go, we only invited the ones who've been there for us in the past year and who will continue to be there for us for the next 30. So, no one from The Hills made the cut. If we were doing a really big wedding, I'd invite them, but we're keeping it intimate."

Patridge is also pregnant with her first child who is expected to be born in the next couple weeks. When their baby arrives, the reality star said she will definitely bring her as well as her younger sister on the honeymoon.

"She can watch the baby while we go out to dinner or snorkel," the 31-year-old said. "I'm so lucky I'm so close to my family. If I had to hire a stranger to babysit, I'd probably freak out."

Luckily, Patridge hasn't experienced that much pain or discomfort during her pregnancy at this point.

"At first, I'd anticipated the worst," she said. "I thought, 'I'm going to get morning sickness. My back will hurt. My rings won't fit.' I was ready for anything, but none of it happened."

Patridge is reportedly planning to walk down the aisle in November. 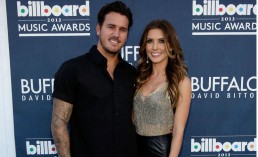 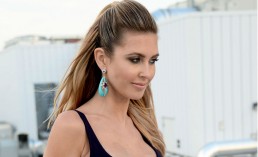 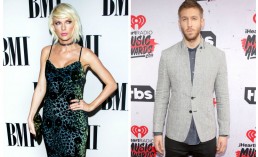 Taylor Swift, Calvin Harris Breakup: Did 'Bad Blood' Singer Think Her Ex Was 'The One?' [VIDEO]