Whether you are on Team Johnny or Team Amber, there's no denying that this one messy situation that no one wants to be apart of. Actor Johnny Depp, who is being accused of domestic abuse by his soon-to-be ex-wife Amber Heard is having a hard time convincing fans that he's not the monster she's painting him about to be. Yet luckily for him one of his ex-girlfriends is opening up about her own experiences with the Hollywood star, saying that the Johnny Depp she sees now is not the one she knew from several decades ago.

According to Time Magazine on Monday, Winona Ryder, who dated Depp back in early 1990s, says that the controversial star was never abusive towards her and that she's been left completely shocked over the allegations as well.

She told the publication, "Look, I mean, obviously I can only speak from my own experience. It's very tricky because if it were any other type of scandal, like cheating, you could be like, 'None of my business. No comment. Not appropriate for me.' But I think because what is being said is so horrific and such a global issue for millions of women, obviously, that I understand why people feel it is their business. I get it. And I get why you would ask."

Ryder added, "I get that there are patterns of abuse. I get why you're asking me. But it's weird because imagine if someone you dated when you were-I was 17 when I met him-was accused of that. It's just shocking. I have never seen him be violent toward a person before. It's just hard to picture. The only word I can come up with is unimaginable. You know with certain people you hear something and go, 'I can see that.' But this isn't that. So anyway this is the first time I've said anything so I don't know. I can only offer my own experience. It's such a serious, horrible thing to be accused of."

Heard pulled the plug on the couple's marriage after only 15 months of being together and three days after Depp's mother Sue Palmer died back in May.

Keep up with Enstars for all the latest updates on Johnny Depp and Amber Heard right here. 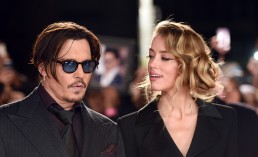 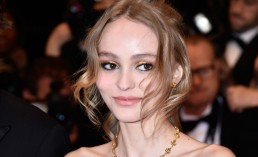 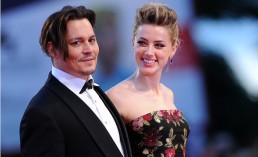