The latest update for "The Sims 4" seems to be an over-early Halloween celebration as vampires and bats are added to the life simulation game. Aside from Bat Woohoos and vampy looking Sims, what new updates, items and game features are available in "The Sims 4?"

In the official Twitter account of "The Sims," the commemoration of the game's 17th year anniversary has begun. A copy of "The Sims 4" Digital Deluxe Edition is up for grabs with the hashtag #TheSimsAnniversaryGiveaway. All aspiring winners have to do is to retweet and follow the original post.

We're back with more #TheSimsAnniversaryGiveaway! Today it's The Sims 4 Backyard Stuff Pack, just RT & Follow for a chance to win. pic.twitter.com/FP2cpNV56T

Earlier this month, IGN reports that "The Sims 4" has finally integrated toddlers in the game. For the past years, "The Sims" never had toddlers as characters and the players welcomed the new feature with open arms.

Aside from bringing more cuteness into "The Sims 4," toddlers will also bring about new twists in the popular life simulation game. Just like toddlers in real life, the toddlers in "The Sims 4" will reportedly learn various skills from other Sims like dancing, talking and even using the bathroom.

Adult Sims will also have added interactions with the arrival of the toddlers which include reading a bedtime story and carrying or running after toddlers in the house. "Toddlers is something that has been in the works for a while, and I am really proud of the work that the team has put in to creating these adorable little Sims," Lyndsay Pearson, "The Sims" executive producer, said.

The toddlers for "The Sims 4" have already been discussed prior to the game's official launch. Maxis has already revealed that toddlers won't be readily available with "The Sims 4" base game but may be introduced as an update or a DLC.

Meanwhile, "The Sims 4" players are excited for more perks and game surprises as Maxis gears up for the 17th year anniversary of "The Sims." For the players who are concerned about the queer combination of vampires and toddlers, Kotaku reports that the arrival of the vampire Sims does not necessarily mean that the characters will be sipping each others' blood - simple plasma fruit drinks or plasma packs will do.

© 2020 ENSTARS, All rights reserved. Do not reproduce without permission.
TAGSthe sims the sims 4 the sims 4 news the sims 4 updates the sims 4 dlc the sims 4 anniversary the sims 4 vampires The Sims 4 toddlers
SEE COMMENT
CLOSE COMMENT 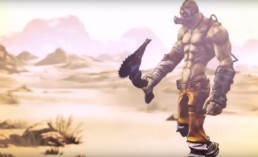 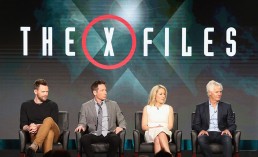 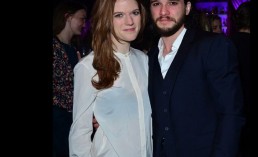