For those that have always wanted to order the Burger of the Day from the chalkboard at Bob's Burgers, the Burger Gods have granted everyone's wish!

Starting Monday, Dec. 18, fans of the series can pick up a burger from the pop-up menu in New York City (NYC). The pop-up will arrive at Chefs Club Counter and will be filled with Burger of the Day specials inspired by the hit cartoon show.

For those who don't know, Bob's Burgers is a FOX sitcom. The series focuses on a restaurateur who tries to keep the grill sizzling while dealing with his wife, three children, and consistent harassment from a health inspector, which is his wife's ex.

The pop-up previously appeared at unit 120 in Los Angeles, but now it's making its debut in NYC.

The grub will come straight from Chef Alvin Cailan, who's responsible for the Eggslut sandwiches found at this same location earlier this year.

Each dish is $20 and will also be served with fries, a keychain, and a sticker. Bob's Burgers fans should hurry and get to the location quickly, especially if they want the keychain and sticker.

Proceeds from the pop-up will go toward the Los Angeles Fire Department, which is currently battling the raging wildfires along the West Coast.

Burgers will be available at 11:30 a.m. and will be served from Monday, Dec.18 until Sunday, Dec. 24. Enjoying a burger from the cartoon show sounds like an awesome way to spend Christmas Eve.

Here is a full list of what the menu will include:

For all the Bob's Burgers fans out there, hurry and get your hands on a burger before they sell out! Or before the health inspectors get to them! 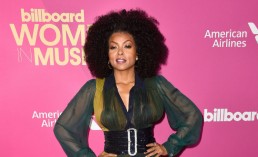 'Empire' Cast: Taraji P. Henson Confirms Boyfriend Of 2 Years: It's Who We Thought It Was 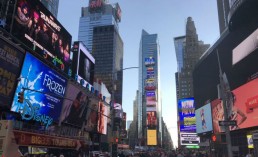