Another Fifth Harmony member is reportedly trying to carve a solo career path, according to rumors. After Camila Cabello's controversial exit from the girl group in December 2016, it seems another member will follow her footsteps and launch a solo album.

Lauren Jauregui is reportedly inking a deal with Columbia Records to release her own album, a la Cabello with her recent release, Camila. Apparently, Jauregui is "moving to Columbia from Epic to release solo album," as Billboard overheard during the Sony Music Grammy Awards after party on Jan. 28.

It must be pointed that, however, that she wouldn't be the first member to ink a deal. Another member, Normani Kordei, signed a solo management deal back in October 2017, but she assured fans that it was simply something she wanted to do on the side, not leave Fifth Harmony for.

It's also important to note that both Epic, which the band is signed to, and Columbia, are all under the umbrella of Sony Music, though they are very much different labels with their own sets of teams and personnel. If the report ends up being accurate, it might mean that Fifth Harmony is taking a little hiatus to give the girls some leeway to explore their own solo careers, as what Cabello has done.

Jauregui has dabbled in her own musical projects of late, though she's still undoubtedly a part of Fifth Harmony. She sang with Halsey on the iconic LGBTQ anthem "Strangers," and she also recently teamed up with DJ Steve Aoki to create "All Night." It seems like every time a Fifth Harmony member does something solo, be it being featured in a song or something else, fans go crazy with breakup rumors. But just last month, Jauregui herself summarily shot those down.

"We're at such an amazing place harmoniously with each other with communication and support for one another," she said in an interview with ET Online. "We've grown so much over the past year even, and I love genuinely being able to explore myself and know that my girls are there for me."

Only time will tell whether Jauregui is indeed pursuing a solo album, but hopefully she doesn't leave her girl group entirely. However, like with Cabello, fans would probably be happy and support whatever Jauregui decides on doing. Perhaps them going solo is secretly a godsend, because it would let them explore their individuality and deliver fans their unique musical styles and directions. 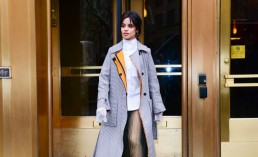 Camila Cabello's Comeback: The Singer Speaks On Her Return After Leaving Fifth Harmony 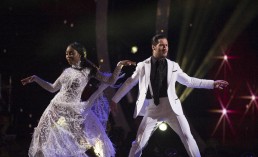 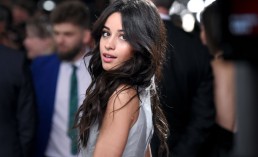