Lena Dunham shared a topless photo of herself to her 3.1 million Instagram followers on Saturday just weeks after she revealed that she had hysterectomy.

The vintage-style image shows the actress standing in a room wearing only a pair of sweatpants. Dunham has her hands covering her naked chest as she posed without looking at the camera.

"Night Moves," she captioned the shot, which has over 67,000 likes as of this writing.

The photo comes after Dunham shared a photo of herself sitting on a hospital bed. She added a lengthy message of gratitude to her fans, friends, and family for their outpouring messages of well wishes.

Your body failing you is a loss that’s hard to explain and yet the amount of messages I’ve gotten from women in a similar predicament has been so overwhelming, loving and heartening. More than 60 million women in America are living with hysterectomies and those of you who’ve shared your plight and perseverance make me feel so honored to be in your company. Thank you to the village of women who took care of me through this entire process. I have a broken heart and I hear those don’t mend overnight, but we are linked forever by this experience and our refusal to let it hold any of us back from even the grandest dreams. A post shared by  Lena Dunham (@lenadunham) on Feb 16, 2018 at 7:52am PST

The Instagram posts come after Dunham opened up about the hysterectomy she had in 2017 as a way to combat her years-long battle with endometriosis. The Girls star talked about the procedure, which removes the uterus and cervix, in an essay published on the March 2018 issue of Vogue magazine.

"In addition to endometrial disease, an odd hump-like protrusion and a septum running down the middle, I have retrograde bleeding, a.k.a. my period running in reverse so that my stomach is full of blood," Dunham explained.

The actress talked about her heart-shaped uterine lining and the position of her ovary, which she said has "settled in on the muscles around the sacral nerves" of her back. She also thought about the possibility of adopting.

"Soon I'll start exploring whether my ovaries, which remain someplace inside me in that vast cavern of organs and scar tissue, have eggs," the 31-year old added.

Dunham also talked about how her family was supportive of her decision to go under hysterectomy because they only wanted her to be happy. She also revealed that the procedure scared them.

"They are, for the first time after all my shenanigans, truly scared, and my father checks my breath as I sleep, leaning close to my chest. I apologize weakly for what they are witnessing - someone who hurts too much to express themselves, who can't help but be a nuisance at best and a terror at worst," Dunham added in her Vogue essay.

Sadly, the harrowing experience took its toll on her relationship with longtime boyfriend, Jack Antonoff, who could not be with Dunham during the ordeal because of work. The pair became distant and eventually split after nearly five years together, although Dunham still wears the ring Antonoff previously gave her. 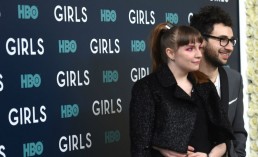 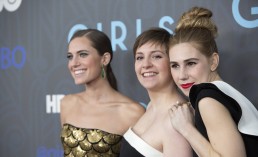 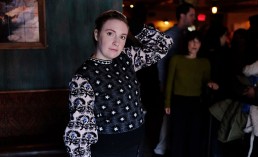