America is obsessed with the Kardashian-Jenner clan and all the stories about them. Unfortunately, fame comes with a high price.

Many conversations involve a member of the famous family, from 'mom-ager' Kris Jenner to new mom Kylie Jenner. This also means that nasty rumors about the clan spread like wildfire.

Kim Kardashian decided to speak out on certain rumors about herself and her siblings. The beauty mogul wasted no time in getting to the most outlandish stories she has heard about herself and wants to set the record straight.

In a fact-checking video released on Mar. 15, the Keeping Up with the Kardashians reality star tackled a few headlines about her and the members of her family. Kardashian commented on the infamous photo that pictured her mother, her husband, Kanye West, and her sister Kourtney Kardashian. The photo went viral and became a meme because of West's appearance. The top comment fans had about the candid photo is that West was in a "sunken place", a reference to the film Get Out.

"People are so f-ig dumb and stupid," Kardashian stated about the picture.

Kardashian went on to speak more about her husband. She dismissed the idea that West controls her but she admitted that he tells her if something looks good on her. She continued that he also gives her inspirational advice.

The 37-year-old then continued to dispel the rumor that she is competing with her sisters, Kylie and Khloe Kardashian, over their cosmetic and beauty lines.

Finally, the Keeping Up with The Kardashians star confirmed one rumor to be true. In her final will and testament, the reality star did specify how she would like to look when she is laid to rest.

"Absolutely. I made a section that if I am so out of it that I can't even communicate and I'm, like, s-ing on myself, I definitely need my hair, my nails and my makeup done. I want to look as good as possible," the businesswoman stated.

The reality star welcomed her third child, Chicago West, on Jan. 15, 2018, and the newest addition to the family already made her social media debut. Kardashian expressed her desire to continue growing her family in the past. However, due to the difficult pregnancies she had with her first two children, North and Saint, Kardashian decided to have her third child via surrogate. 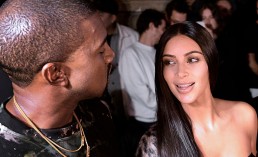 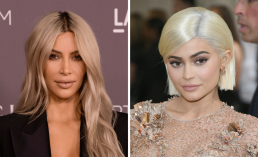 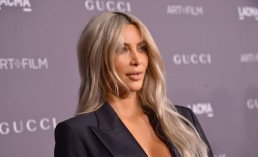