It may not be the usual tandem but Samuel L. Jackson is actually friends with legal celebrity Judge Judy.

Judge Judy, whose real name is Judy Sheindlin, was spotted having dinner with the Pulp Fiction actor on Friday night in Los Angeles. Jackson took to Instagram to share a snapshot of a rare dinner night with Judge Judy.

Dinner with a Boss!! Always Dope connecting with Judge Judy! A post shared by  Samuel L Jackson (@samuelljackson) on Mar 17, 2018 at 5:45pm PDT

Visible in the photo are glassful of drinks and empty plates, suggesting the two had a good time apparently talking about life's wisdom.

Sheindlin is an American prosecution lawyer who is best known for his Daytime Emmy Award-winning courtroom series called Judge Judy. The show, which first ran in September 1996, had Judge Judy as the presiding officer typically for small claims disputes.

Reportedly Judge Judy is one of the highest paid legal personalities whose salary amounted to $47 million in 2013. Last year, reported noted that she scored $95 million for her appearances in her TV series. She is also the longest-serving judge in the history of television.

Judge Judy is not the only one who is friends with Jackson. On the same weekend when the Avengers: Infinity War actor was having dinner with the lady judge, Jackson caught up with another magistrate celebrity, Judge Greg Mathis.

The Hateful Eight actor snapped a photo with Judge Mathis during their attendance at the Wearable Art Gala at Waco Theater Center in Los Angeles. Judge Mathis also leads his own courtroom series taken after his name.

Jackson's Instagram photo with Judge Mathis has received more than 64,000 likes and an active thread of commenters. One user said that Jackson and Judge Judy's friendship is odd while another commenter praised the latter's words of wisdom.

In an interview with on Watch What Happens Live with Andy Cohen, Jackson shared that his friendship with Judge Judy started when they met at a party hosted by Toni Howard.

The judge's no-nonsense attitude is particularly appealing to Jackson. The actor called her awesome as she was "straight clocking dollars." He also told Cohen that the reason he and Judge Judy became really close was when he decided to stop smoking out of her influence.

"And when Judy stopped smoking, she made me stop smoking. She sent me to her doctor in White Plains, who actually treats you with sodium pentothal and I quit smoking," Jackson said.

He also shared details of their travels, including tea sessions in Dorchester in London. 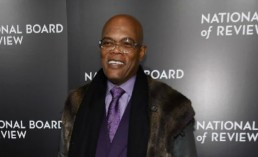 Samuel L. Jackson Movies: Why The Actor Is Not Into Filming Nude Scenes [VIDEO] 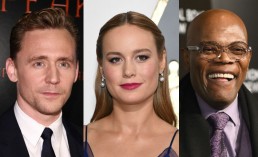