Selena Gomez is making new changes in her life amid her reported separation from Justin Bieber. The singer is currently in Australia having the time of her life while Bieber is in Los Angeles.

Gomez took to social media to announce her life affirmation to her fans, and of course her fans were nothing but supportive.

Selena Is Taking Care Of Herself

The "Wolves" singer posted an inspirational message on Instagram, debugging the "myths" that beauty is perfection. The singer ended the message by stating that she will take care of herself not for anyone else but herself.

The beauty myth- an obsession with physical perfection that traps modern woman in an endless cycle of hopelessness, self consciousness, and self-hatred as she tries to fulfill society's impossible definition of flawless beauty. I chose to take care of myself because I want to, not to prove anything to anyone. Wind in her sails. A post shared by Selena Gomez (@selenagomez) on Mar 19, 2018 at 9:56pm PDT

The message comes after pictures of the singer surfaced around the web of her scar that she got after her surgery. Gomez had to undergo a kidney transplant due to her severe illness, lupus, that she's been battling since 2012.

The actress received a new kidney from her best friend, The Secret Life of the American Teenager star Francia Raisa.

Gomez and Raisa opened up about the struggles they endured after the surgery was completed. Gomez feared that she would die because of a stitch that was opened accidentally, and Raisa stated that she felt "depressed" after giving her friend her kidney.

After it was announced in late 2017 that Bieber and Gomez rekindled their romance, the two reportedly decided to take a "break." According to reports, the couple wanted to cool things off due to the constant scrutiny from the paparazzi and news outlets. Despite the fact that the pair is on an "alleged" break, the couple aren't permanently breaking up.

Gomez and Bieber began dating in December 2010 and made their official red carpet appearance together in January 2011. The artists broke up in November 2012 but were on and off from the end of 2012 to 2014.

Gomez began a relationship with Canadian artist The Weeknd in 2017. The two dated for 10  months and even lived together briefly. Meanwhile, the "What Do You Mean" singer was linked to Hailey Baldwin.

Reports of Bieber and Gomez reunitied made headlines after the two were seen together after Gomez's surgery. 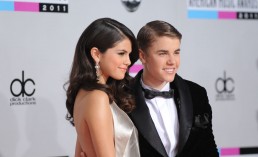 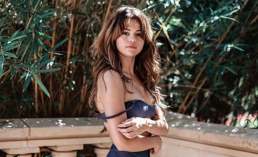 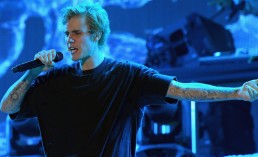