A dying hardcore fan of Avengers wishes to meet one of the superheroes, and Chris Evans, Ryan Reynolds, and many more rush to his rescue.

Everything started when Shannon Bream, a journalist, took matters into her own hands when she helped a fan named Emilio make his dreams come true on his finals days. The Fox News member went to Twitter to be able to reach the intended recipients, any of the Avengers cast, with the help of her followers, though she did not disclose any more information about the boy.

"He probably has just days and all he want is a greeting from one of the Avengers," Bream wrote.

No one should underestimate the power of social media, as now, Evans, who played Captain America, and Reynolds, who played the titular character in Deadpool, have become aware and immediately made Bream know they are willing to help.

"I'm more of a 'Reserve Avenger.' But happy to help. DM me," Reynolds replied. Indeed, the call for action touched a lot of people, even those not from the Avengers squad.

Their moves have also been echoed by Paul Bettany, who said he plays the "purple one." He voiced J.A.R.V.I.S. in Iron Man and played The Vision as well. Zachary Levi, who played Fandral in Thor, also offered help.

"I'm not technically an Avenger, but I'd be happy to record a video for the little man and do my best impressions of @ChrisEvans @prattprattpratt @chrishemsworth or any other Chris if necessary," Levi wrote.

The act of kindness from the celebrities are truly admirable, though this isn't the first for the actors, which is kind of a good thing, as it proves kindness is still present at this time. Reynolds and Chris Pratt (Guardians of the Galaxy) in 2015 made sure to extend their heroic roles in real life. The actors spent time at Christopher's Haven, a community for the families of children with cancer.

Also in the same year, Reynolds got to meet one of the biggest fans of Deadpool. The 41-year-old made sure to surprise the fan, who has Hodgkin's Disease, with his full costume on.

With the commendable actions of Reynolds, Evans, and many more, it is easy to say that playing superheroes could prove to be an essential and helpful opportunity to lend a hand to those in need. It also adds responsibility to those playing the characters to be a good role model, considering the vast reach of their powers and the multitude of children they inspire. 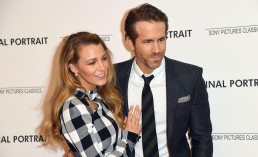 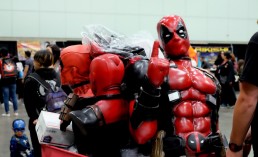 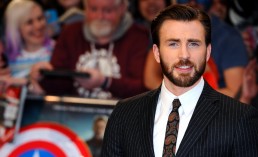