Ed Norton's production company is facing a lawsuit after a fire took place on the set of his film Motherless Brooklyn last week.

A couple who resides in the building that was engulfed in flames sued Norton's company, Class 5 Productions, alleging that they were misinformed about the deadly fire when it broke out last week

Erica and George Cruz filed the complaint against the production company on Tuesday, March 27, in New York Supreme Court. The lawsuit claimed that the company kept "highly flammable equipment" in the basement of the building and the fire was a result of their negligence and carelessness.

In the suit, Erica and George Cruz state that when representatives of Class 5 Productions found out about the fire, they misled them about the gravity of the situation instead of warning the residents of the building about the blaze. Because of this, their apartment was completely gutted.

"When representatives of Class 5, Inc., became aware of the fire, they did not warn the tenants in the building; in fact, they misled the tenants into believing there had been a fire that had been extinguished," the suit reads.

The couple also claimed that they lost all of their belongings in the blaze and are seeking $2 million in damages from Norton's production company, as well as the building's landlord Vincent Sollazzo, who is also named as a defendant in the suit.

The fire took place in an apartment that was being used as a set for Norton's upcoming film in the Harlem neighborhood of New York City on Thursday, March 22.

The fire originated from the cellar of a former jazz club in the 5-story building at approximately 11 p.m. on the said day just as the production crew was ready to pack up the shooting.

The blaze proved to be deadly as 37-year old New York City firefighter, Michael R. Davidson, died after he got trapped while fighting the flames. Norton extended his condolences to the family of the deceased firefighter in a statement released last week.

"We watched firsthand with astonishment as they charged into the smoke to make sure all were safely out and then fought to contain the blaze and prevent it from spreading, putting their lives on the line as they do every day," Norton said.

Apart from Davidson, two other firefighters suffered burns and were rushed to a nearby hospital in a critical condition while three others were injured. 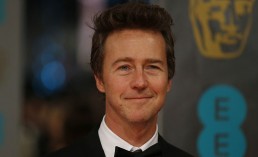 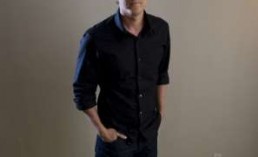