Kim Richards, a former Real Housewives of Beverly Hills star, reportedly owes more than $100,000 in back taxes to the government.

According to the documents obtained by The Blast, she was slapped with two liens stemming from the unpaid back taxes in 2013 and 2014. Richards was still appearing at Bravo's RHOBH at the time. Both liens were issued in two separate months in 2017.

Run-in With The Law

Meanwhile, fans are probably not shocked with the recent news. Richards has had some bad times with authorities. To refresh everyone's mind, she had just completed the required number of hours of community service in December for a 2015 arrest because of intoxication.

The RHOBH star was charged for intoxication, cop battery, and for resisting an arrest. Richards had an altercation with a cop at the time, with the police saying the reality star locked herself in the restroom and caused a disturbance at a posh Beverly Hills hotel.

For this, she was sentenced to community service for 30 days, required to attend meetings, and she would be under probation for three years. After her arrest, the 53-year-old then entered a rehab and a source claimed the act was prompted by the arrest.

"Kim went to rehab finally because she got arrested, she humiliated her kids and she wants to avoid jail," the insider said.

But it seemed that Richards didn't learn her lesson during her rehab stint. A few months after her intoxication raucous, she had again held the spotlight all to herself when she shoplifted a hundred stuff from a Target Store.

Stealing something is one thing, but shoplifting a whole lot of things is totally unimaginable, though the RHOBH star did it, and the stuff totaled $612. However, what Richards stole were mostly toys, a rather odd circumstance.

Her former husband, Monty Brinson, also seemed puzzled of how Richards acted, saying she was "a giver." He further added that there was somehow a mistake with all the hullaballoo at the time.

As of now, Richards is running away from spotlight, judging by her choice not to join the roster of wives at the current edition of RHOBH. Kyle, her sister and costar, admitted she missed having her sibling on the show and revealed she actually asked the blonde of joining her again in filming, which, obviously, was refused by the troubled star. 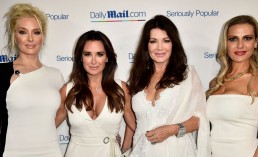 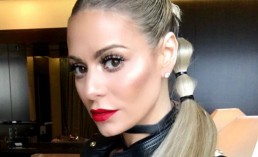 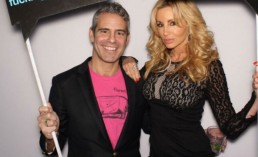 Is Camille Grammer Ready For A Full-Time 'RHOBH' Return?