Ryan Reynold's Deadpool extends his superhero job in real-life when he announced he will be fighting the big C, cancer, but he needs some help.

Ahead of Deadpool 2 release in May, Reynolds and Century Fox made sure to take a step in helping LetsFCancer, an organization that helps those battling disease. In a clip, the comic superhero made sure he was wearing his complete suit, but, in the name of the cause, had worn one in color pink.

"Pink is tied like a beautiful ribbon to a cause very close to me: Cancer," Deadpool said.

"This is one fight where everyone can be a hero. No superpowers, capes or lame CG costumes needed. Just your money," Deadpool admitted.

Interested parties can donate from $10 to $5,000 to win the coveted bright pink Deadpool costume, and those who will donate from $1,000 and above can get some signed film memorabilia or get a voice message from Reynolds himself. The winner will be announced in May.

With this, it seemed that Reynolds and the studio are fittingly touching on this cause. In the film, Wade Wilson, aka Deadpool, had a cancer which left him devastated and at a loss for words.

Reynolds, for his part, shared the cause to his social media accounts. In Instagram, he shared the clip to his 18.5 million followers, and admitted he really loves pink.

This isn't a first for the husband of Blake Lively, though, as he was known to support a bunch of causes. In 2016, together with Eddie Bauer, Reynolds made sure that sustainable living and conservation of trees are underlined at this pressing time.

For his heroic moves, he was also known to have been with a soft heart, even with his strong personality. In late March, Reynolds made sure he was giving some love to a dying fan who wished to get a shoutout from one of the Avengers, even though he wasn't one.

The 41-year-old said he was a "Reserve Avenger" who is willing to help. Chris Evans, who played Captain America, also shared he would be helping the kid. 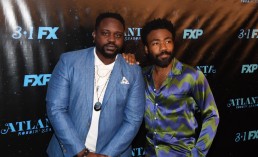 Did Donald Glover's 'Deadpool' Animated Series Get Canceled Because Of Taylor Swift Jokes? 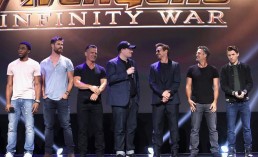 Check Out This 'Avengers: Infinity War' Trailer Where Everybody Is Deadpool 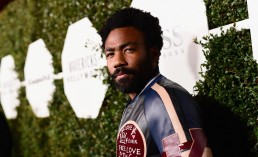