The Brangelina split shocked the world, but it seems like Brad Pitt is happier than ever following his divorce with Angelina Jolie.

In A Much Better Place

A source revealed to People magazine that Pitt is better than ever and that he's getting back to his old self since the separation.

"Separating was very sad and shocking to him, but he started taking care of himself again. He seems much, much happier," the source explained.

Jolie, whom Pitt was involved with for 12 years, filed for divorce in September 2016. The terms of their divorce, as well as custody of their six children, are still being ironed out.

Pitt has been easing himself back into the spotlight, following the announcement of his divorce. He nabbed a couple of acting roles, including in Quentin Tarantino's upcoming film about the Manson Family murders, Once Upon A Time In Hollywood.

Pitt also made a series of low-key public appearances, including at Sena Penn's Haiti Rising benefit back in January. At the event, someone outbid the actor for the chance to watch a Game of Thrones episode with star Emilia Clarke at the event.

The Fight Club star also showed up unexpectedly at a pre-Oscars party, and at an L.A. Dodgers game just a couple of days ago, where he looked happy and healthy.

Looking For That Special Someone

Just recently, the 54-year-old actor started dating again, albeit casually. He may have even found somebody special if rumors are to be believed.

"It took him a long time to date, but he is now," the insider confirmed.

Reports hinted a romantic link between Pitt and renowned academic Neri Oxman, with whom the actor worked with on a project at MIT, where she lectures on media arts and sciences.

A source assured reporters that the two are just professional friends, but it later came out that Pitt had visited Oxman as early as November of last year. He even posed for photos with students to mark the event.

Has He Already Found Her?

Rumors also swirled earlier this week that Pitt has a key to Oxman's apartment in Boston and that he's glowing with happiness whenever he's around her.

The fact that Pitt was spotted woodworking also appeared to be a dead giveaway of their romantic involvement.

Meanwhile, an insider revealed to US Weekly that Pitt is smitten.

"Their chemistry is off the charts. Brad has been spotted going into her apartment building on multiple occasions late at night and emerging the next morning after she leaves to teach," the source gushed.

Although it may seem like an odd match, Pitt is a self-confessed architecture nerd and even toyed with the idea of becoming an architect at one point. 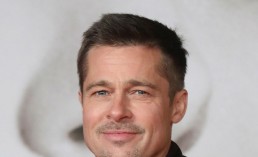 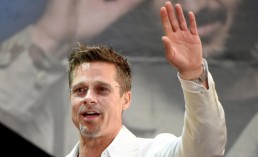 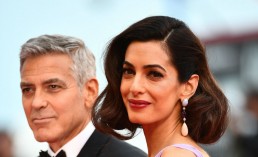