Christmas isn’t the most wonderful time of the year for Macaulay Culkin. He admitted he doesn’t like to go out in public around the holidays.

Culkin, 37, who makes an appearance on The Ellen DeGeneres Show Monday, April 23, opened up about still being known as Kevin McAllister from the infamous Home Alone movie franchise. In one of the only sit-downs in Culkin’s recent adult life, he said he still gets reactions from overzealous fans.

“I definitely don’t [go out],” revealed Culkin. “It’s my season. It’s Macaulay season. I try to go out less and less around that time of year.”

Fans have gone beyond just asking for Culkin’s autograph and go as far as requesting he smack his face with his hands and yell in the street. Avid viewers of the franchise might remember this was a famous move by his character, McAllister, in the film. He also said that because he hasn’t changed much since those days, it’s easy for fans to recognize him.

“How can a person look too much like himself?” continued Culkin. “It’s a curse and a blessing. I can’t get into any restaurant I want without a reservation, but while I’m there everyone’s staring at me.”

Still, despite being weirded out by Home Alone fans, Culkin spilled some secrets from the most popular scenes of the movie. When it comes to a clip from the 1990 original that features McAllister reading a Playboy magazine, Culkin revealed it wasn’t as risqué at it seemed.

“They taped the pages closed, sadly,” said Culkin. “It’s not nice. It was exciting though. I still had one in my hands!”

Culkin admitted he doesn’t watch the movie too much. He said he didn’t recognize how long it had been since he saw the movie, until the cast did a DVD commentary to celebrate its 15th anniversary. He said watching it 15 years later brought up memories of his days on set.

As for his life after playing McAllister and starring in other popular films like My Girl, Culkin said he needed a break from the spotlight. He pointed out he did more than a dozen movies in six years and wanted to go to high school like a regular teenager. These days, he’s enjoying his wealth as he didn’t receive it until he turned 18. 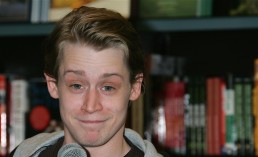 Macaulay Culkin Gets Candid, Reveals He Lost His Virginity At 15 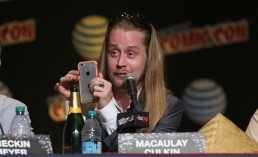 'It Wasn't Gross Or Weird': Macaulay Culkin Shares Details About Losing His Virginity At The Age Of 15 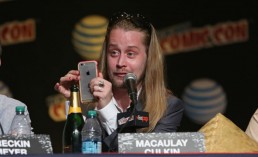