Jessica Simpson shows off her bod in a steamy mirror selfie as she enjoys her vacation in Bahamas with husband, Eric Johnson.

The fashion designer and former pop star takes to Instagram to update her followers on her fun vacation. All set for the beach, Simpson was decked out in seaside essentials including a lacy coverup, floppy hat, and large movie star sunglasses.

"Vacation closet vibes," she wrote on the caption.

Simpson, 37, also shared a photo of her husband at the beach, gushing about him in the caption as she wrote, "Babe Alert."

Getting the space and time together may seem difficult with two children Maxwell and Ace, but Simpson and Johnson are as sweet as ever in Bahamas.

"They have been all over each other at the beach and not shy at all with the PDA," a source tells E! News. "They are always kissing, hugging, coming up to each other from behind. They can't keep their hands off each other."

The couple has been together since 2010, tying the knot back in 2014. With their kids and respective careers, one might think it's challenging to keep the marriage spicy, but Simpson says their secret to a successful marriage is simple: quality time.

"Today, we got to go on this trip without the kids, [and usually] we don't go places without the kids," she explains to Entertainment Tonight, saying that going somewhere without the little ones allow them to give 100 percent of their attention to each other.

Despite their blissful family, they aren't sure they want to expand it to include a third baby.

"We always practice," she says cheekily about making another baby. "But it would definitely have to be a miracle."

Getting Her Bikini Bod

As Simpson proves, being a mom of two is no excuse not to shoot for a rocking bikini body.

Simpson's trainer Harley Pasternak, who also whips other celebrities into shape, says walking is key in shedding the weight. It sounds incredibly simple, but it's what he requires of all of his famous clients.

"Walk. I tell my clients you're wasting your time and my time coming to work out if you're sedentary the rest of the time," Pasternak explains last February during a Reebok launch in New York City, according to Well + Good. "Twelve thousand steps is the minimum for the average person, if you want to be in good shape and 14,000 if you want to get ripped."

Yes, even Simpson subscribes to Pasternak's 12,000-step commitment as shown on her Instagram. 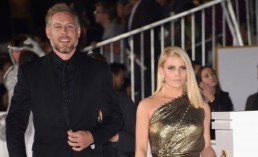 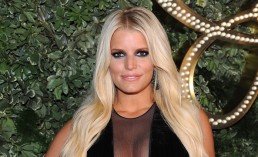