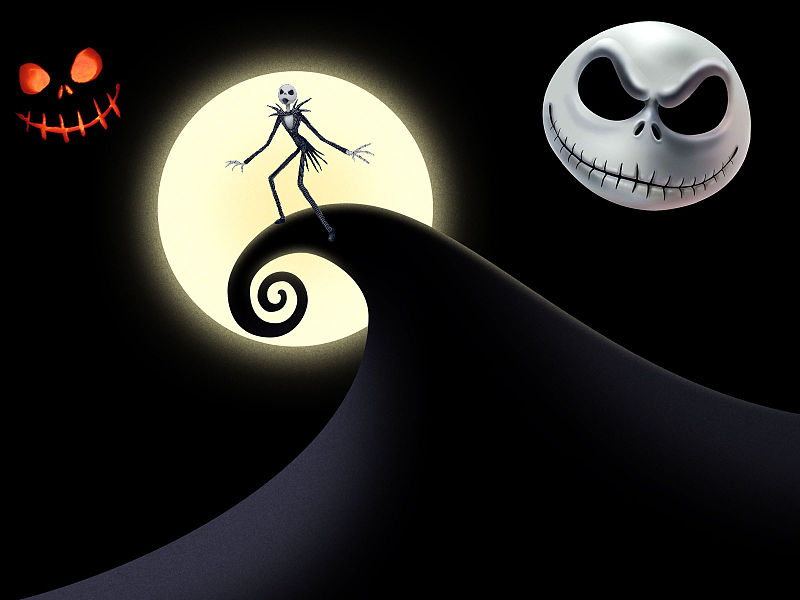 Halloween is here! With the advent of this scary holiday's climax, TV networks and premium channels are once again filled with classic horror shows and movies that will bring their viewers into an immersive spooky season experience.

If you have no idea where to start, we have listed down some of the movies worthy of your whole-day bloody marathon.

Speaking of horror movies, there is actually an ongoing debate that tickles at the back of movie-watchers' minds. A certain animated film has featured in multiple holidays, and it could surely fit in either one of the occasions. It is no other than Tim Burton's "The Nightmare Before Christmas."

For Halloween or Christmas?

The movie revolves around Jack Skellington, King of Halloween Town, who attempts to hijack the Christmas season. Upon discovering the magic of Christmas Town, he tries to bring the same to his own populace.

The story would certainly qualify as either a Christmas or a Halloween movie, but Oscar-nominated composer Danny Elfman -- who actually wrote all the music and scores for the 1993 film -- is now taking his side. According to him, "The Nightmare Before Christmas" is a Halloween movie through and through.

"It's obviously about Christmas, but for me, it's a Halloween movie," the composer told USA Today.

Tim Burton movies are synonymous with the word "Halloween," especially with his dark classics such as "Beetlejuice," "Edward Scissorhands," and "The Nightmare Before Christmas." And through all of these films, Elfman was there to score and write the soundtracks.

"Growing up, Halloween was my favorite night of the year and Christmas was a troublesome time. Into my adult years, it was a time where a bit of a dark cloud would follow me around," Elfman shared.

Elfman said that he felt really close to the character of Jack Skellington. He sympathized with the feeling of being the king of his own little world, and soon having the urge to go out of that world to look for something else.

"So I felt very close to the holiday of Halloween, but also very close to Jack and what he was going through," explained the composer.

There is another misconception surrounding the Disney classic movie. "The Nightmare Before Christmas," while produced and worked on by Burton throughout its development, wasn't actually produced under his direction. It was actually Henry Selick who directed the animated film, with Caroline Thompson responsible for the script.

It made sense, though, that people mistake Burton as the director of the animated film. After all, the entire concept was based on his poem of the same title.

Another interesting fact regarding the movie: did you know that Burton, at the age of ten, has already created a prototype Jack Skellington Halloween costume with his mother? An intellectual indeed!