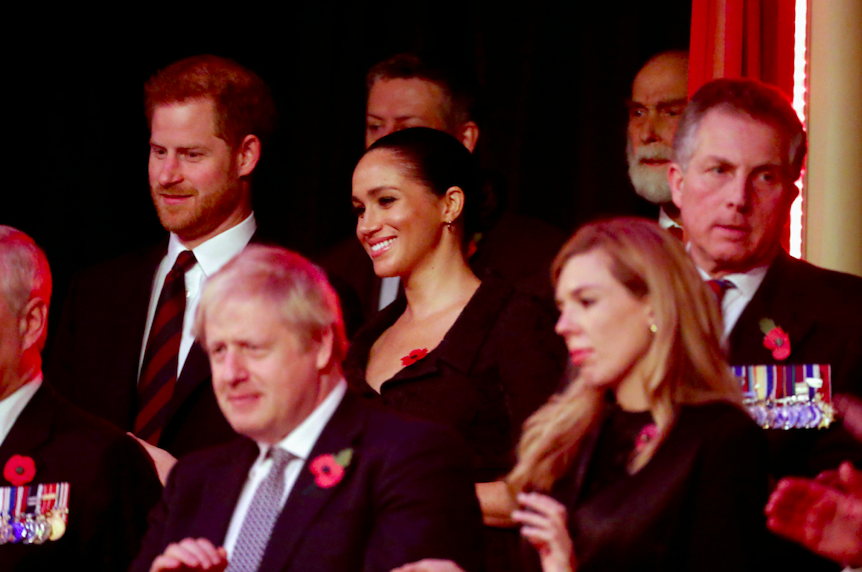 Reports surfaced in the past couple of months that the Duke and Duchess of Sussex are spending Thanksgiving and other holidays in the U.S. until January 2020.

The couple announced that they are taking a break from their royal duties after their tour in South Africa.

Many are wondering if their trip could help reconnect Meghan Markle with her father, Thomas Markle.

Last October, Dan Wootton, a celebrity and royal expert, said that the couple would spend six weeks in California since Meghan's mother, Doria Ragland, lives there. He also added that there is a potential that the royal couple, including their baby Archie Harrison, will move to the U.S. on a "part-time" basis.

"You could be looking at a situation where they might even spend great swathes of the year in the US. Now, this hasn't been decided yet," Wootton said, adding that they would have to work out the location and exactly where they want to be.

"But, the suggestion is very much in California."

British TV Reporter Lorraine Kelly then mentioned that Meghan could maybe go under the radar to see her dad and "heal the terrible open wounds."

However, it was reported that Thomas Markle is currently in Mexico, but it's not that far away and a meetup remains possible.

Prince Harry, Meghan Not In The U.S.?

While the prospect of the Duchess meeting with her father has not been confirmed, new details about the Sussexes' plans have surfaced earlier this week. Despite previous reports, it seemed like the royal couple is staying in the U.K. for Thanksgiving.

According to the Daily Mail's Charlie Lankston, not everything about the initial rumors changed, though. Doria will be joining the Duke and Duchess for Thanksgiving.

While the Brits don't spend Thanksgiving at all, a lot of ex-pats in the area observe it, and Meghan's going to be one of them.

Meghan and her mother are expected to bring a "taste of the American tradition" to London. Since the royal couple enjoys cooking together, they might roast chicken for their dinner.

That is not to stay that the Duchess will not be stateside anytime soon and that a visit to the U.S. is still in the cards. The Daily Mail source added that Meghan would still want to be at home with her mother for the remainder of the trip.

For Christmas, the royal family has already announced that Prince Harry and Meghan will not be spending the festivities with them at Sandringham Palace.

While the decision certainly breaks the tradition, it is not the first time that a royalty will not be spending Christmas with Queen Elizabeth II. After all, Prince William and Kate Middleton did it previously when Kate spent the holiday season with her family.

It will also be interesting to see what will happen between Meghan and her father should they decide to meet during the Sussexes' long break.