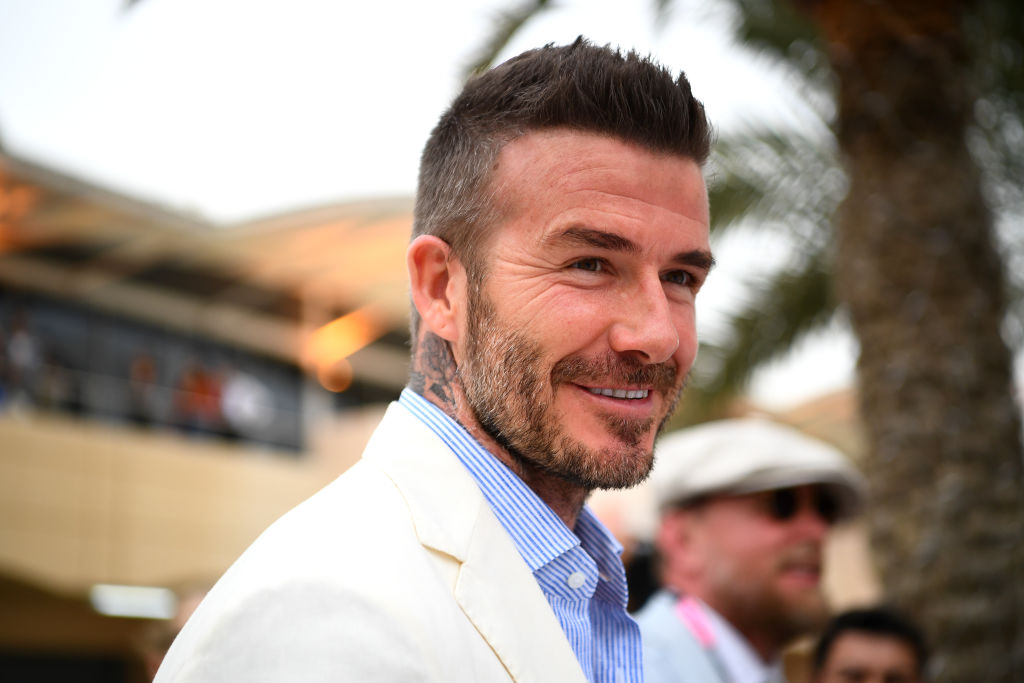 Shot by famed photographers Mert Alas and Marcus Piggott, there's no denying that the second child of the former Spice Girls member looked exactly like his father as he posed for the English-Italian fashion bible.

Looking cozy, Romeo can be seen donning a heavy knit olive sweater paired with grey sweat pants as he topped off the look with black Prada boots.

According to reports, it was shot at The Timber Barn on the Munden Estate--near London-- last December and just before Christmas.

He also shared his milestone on his Instagram and wrote, "Excited to share my first cover shoot for @luomovogue. Newsstands 22nd January," alongside credits for the people involved with the shoot.

As for the power couple, both are thrilled and proud of their son's achievement and even took to their respective social media to celebrate his accomplishment.

The former Manchester United star posted a series of photos from Romeo's shoot as he lauded his son's first magazine cover, saying "So proud of you @romeobeckham. What an incredible first cover for @luomovogue."

The same goes for Posh, who expressed how proud she of Romeo.

Aside from his uncanny resemblance with the football icon, Romeo Beckham has also developed a liking for body art.

In an Instagram clip posted by the Beckham patriarch, David Beckham's son was seen sporting a large eagle tattoo on his calf as the father and son played football.

The design was comparable to the 45-year-old's eagle tattoo inked on his left armpit.

The 18-year-old model is a sports fanatic and plays football along with several others, including tennis.

Despite not being a professional athlete just like his dad, David Beckham and Victoria Beckham's second child previously hinted that he wanted to follow his father's footsteps.

In a previous interview with Bustle magazine last year, Romeo invited his followers to ask him questions while he is on the set.

One fan sent a question asking "Do u aim on becoming a football player," to which he simply replied "yeah :)"

Over his Instagram, he also shared some clips of him practicing on their football pitch.