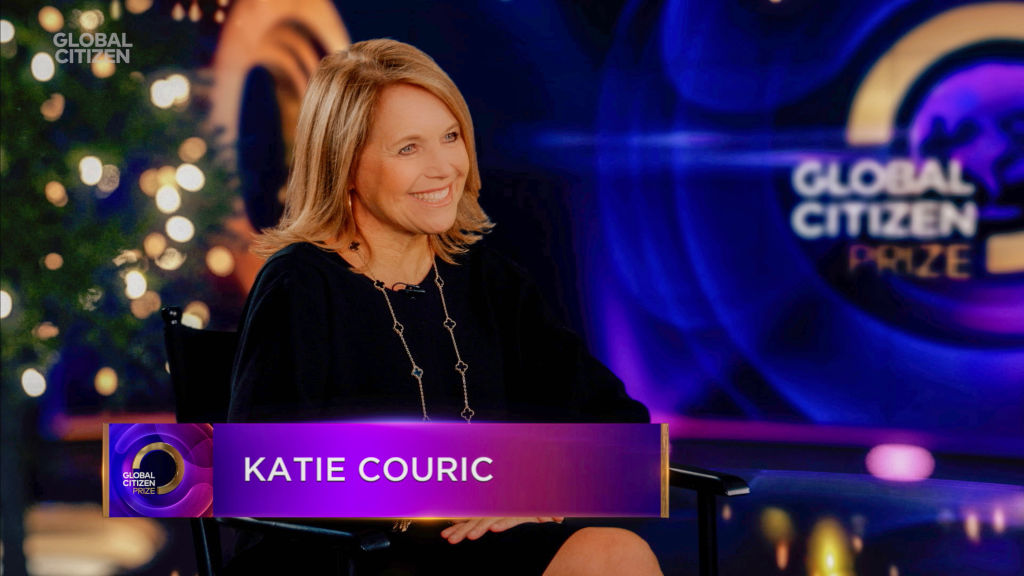 Katie Couric is thankful yet emotional that she's a guest host for "Jeopardy!"

In an interview with People magazine, the first-ever female guest host revealed the show holds a special place in her heart because she watched it with her late husband, Jay Monahan.

Monahan was 42 years old when he died of cancer.

"I love watching the show and used to watch it all the time with my late husband, who was good at it."

Now that she's married to John Molner, they're still doing the tradition of watching the famous game show.

"I watch it now with my current husband, but I think it has a special place in my heart because Jay loved it so much."

She also believes that Monahan would make a great contestant on the show.

Monahan, who was a legal analyst for NBC News, died of colon cancer in 1998.

64-year-old Couric is the founder of Stand Up 2 Cancer who worked non-stop to make colon cancer screening well-known.

With her short stint on "Jeopardy!," the show vowed to match the winner's earnings and donate them to Katie Couric's foundation.

Couric even confessed how concerned she is with people who weren't able to do their annual screenings during the COVID-19 pandemic.

The mom-of-two revealed, "I think as COVID begins to lift, people need to talk to their doctors about screening."

"I think that, unfortunately, because so many people were not screened over the past year or so, for obvious reasons, that there will be, unfortunately, many more cancer [cases] and the mortality rate is likely to increase."

Couric emphasized that it's crucial for people to talk to their doctors, and if not, they should invest in at-home screenings because "early detection is critically important."

Katie Couric loves her time as a guest host on "Jeopardy!"

She revealed to People magazine that it's "so fun" and credits the staff behind the scenes for being "amazing" and even described them as "unsung heroes of the whole operation."

Like several people on their new jobs, Couric also had the jitters.

"I was a nervous wreck, honestly, before I came to the studio, but they put me at ease right away."