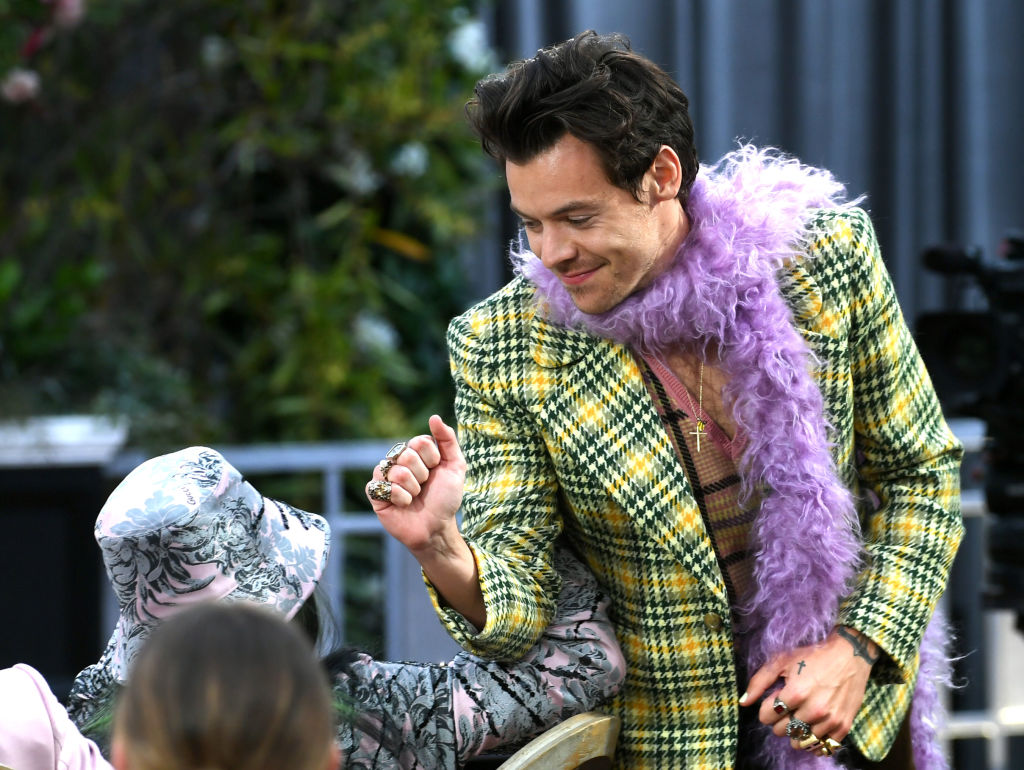 The 2021 Grammy Awards has had a couple of moments - whether it'd be unique ones, jaw-dropping ones, and even cute ones.

Not only did Harry Styles opened the ceremony, but his ex-girlfriend Taylor Swift also looked positively happy to see that he took home his first-ever Grammy Award for Best Pop Solo Performance for "Watermelon Sugar."

Taylor Swift was nominated for her song "cardigan," but she lost to her ex, but was seen to be so happy, nodding enthusiastically and even seemed to be smiling behind her floral mask as the former One Direction band member approached the stage to get his trophy.

taylor swift is so happy for harry styles. i love it #GRAMMYs pic.twitter.com/lk17NTphsU

Fans of the former power couple gushed about them on Twitter. "Taylor standing up first once Harry won his first Grammys," @SimplySFAns tweeted, along with a video.

@unsaidcharliee also said, "Taylor said Harry was the first she became friends with an ex with, and she was the first one to stand up when he won his first Grammy."

Though the moment between the two Grammy winners were subtle, fans loved the adorable moment.

"Sorry, this is literally like a full circle like 1989 came from memories they shared, and now she just watched him win his first grammy. Life is so funny and weird."

haylors were fed today. we got performances from both harry and taylor, we witnessed taylor cheering on harry, harry won his first grammy, and taylor made history.

On stage, the "Lights Out" singer told the audience, "Wow, to everyone who made this record with me, thank you so much." Harry thanked Tom, Tyler and Mitch, Rob Stringer, Columbia Records, and his manager, Jeffrey Azoff.

Taylor Swift and Harry Styles' Songs About Each Other

Though their romance didn't last long, it inspired some of their music.

Harry wrote "Perfect" for One Direction's song. "Two Ghosts," off of Harry Styles' HS album, was also about Taylor Swift.