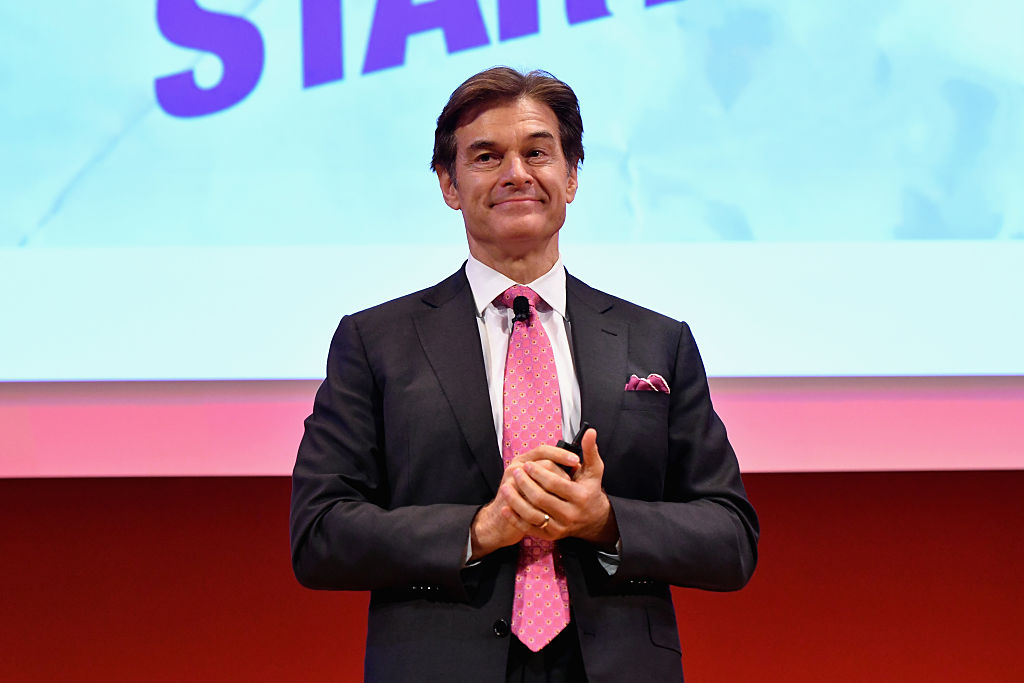 Dr. Oz has just finished his run as guest host on "Jeopardy!" and it was one of the performances that received a massive amount of backlash.

However, despite the hate he has been getting, the famous TV personality isn't letting the haters wreck one of the biggest accomplishments for his career.

In fact, according to Page Six, Dr. Mehmet Oz seemed to be on cloud nine when he was out for dinner with his wife Lisa and their friends Tom Silverman and Donna D'Cruz just before his guest hosting stint was coming to an end.

Their sources also told them that their companions praised Dr. Oz for a job well done as a guest host on "Jeopardy!" for the last two weeks.

When the show announced their list of celebrity guest hosts to be part of "Jeopardy!" last month, about 600 former players signed a petition calling for the removal of Dr. Oz from the star-studded lineup.

In an open letter to the show's producers, petitions insisted that "Dr. Oz stands in opposition to everything that 'Jeopardy!' stands for."

They further said, "'Jeopardy!' is known for being incredibly rigorous; a well-deserved reputation. To then invite Dr. Oz to guest-host is a slap in the face to all involved."

The real reason why Dr. Oz wasn't a reputable guest host was due to his constant abuse of authority as a doctor to "push harmful ideas" to the public "in stark contrast with his oath to first do no harm."

The 60-year-old was known to hype dubious weight-loss products and other jaw-dropping claims including the hydroxychloroquine claim for COVID-19 treatment.

A few years ago, a group of doctors sent a letter to Columbia University asking for his dismissal from the medical school's faculty roster.

Fans have also been tweeting #BoycottJeopardy following the run of Dr. Oz on the show.

In the last few months since Alex Trebek's death and officially signing off from "Jeopardy!," there already have been a couple of celebrity guest hosts lined up for the show.

The first to take the stand was Ken Jennings from Jan. 4 to Feb. 19.

Next was Executive Producer Mike Richards, from Feb. 22 to Mar. 5.

Then journalist and NY Times Best-Selling Author Katie Couric from Mar. 8 to Mar. 19.