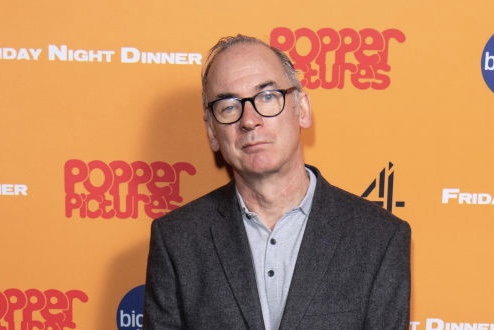 Hollywood lost one of its stars again after news about Paul Ritter's death emerged. He was 54.

On Tuesday, the agency Markham, Froggatt & Irwin revealed that Ritter died on Monday night. His wife, Polly, and sons Frank and Noah were beside him when he died peacefully at home.

"Paul was an exceptionally talented actor playing an enormous variety of roles on stage and screen with extraordinary skill. He was fiercely intelligent, kind and very funny. We will miss him greatly," his agent said in a statement, per The Guardian.

It added that Paul Ritter's cause of death was a brain tumor. The agency, however, failed to mention whether the actor suffered from a malignant or benign one.

But according to Cancer Research UK, the condition causes around 5,400 deaths in the U.K. every year. The cancer type of the disease is the 9th most common cause of cancer death.

The actor from Kent, England began acting in 1992. Through these years, he successfully added award-winning films under his belt.

He first appeared in the 1992 film "The Bill - Overdue" and played the role of Tony Walgrave. Ritter also scored roles in "The Eagle," "Harry Potter and the Half-Blood Prince," "Quantum of Solace," and "Son of Rainbow."

The latter flick gave him the role of Anatoly Dyatlov, and he successfully displayed a jaw-dropping performance.

After the confirmation of Ritter's death, his colleagues and fans paid tribute to him online.

Toby Whithouse, the writer of the spy thriller "The Game," said: "This is terrible devastating news. Paul was a stunning actor, a lovely lovely guy. How utterly dreadful."

"We are so saddened to hear of the loss of one of our favourite actors Paul Ritter. Our thoughts are with his family, friends and colleagues," Channel 4's official Twitter account wrote.

"The death of #PaulRitter has actually hit me hard, what a legend he will be missed on our screens, RIP," one fan added.

READ MORE: 'Falcon and the Winter Soldier' New Episode Reveals Why John Walker Deserves to Be the New Captain America