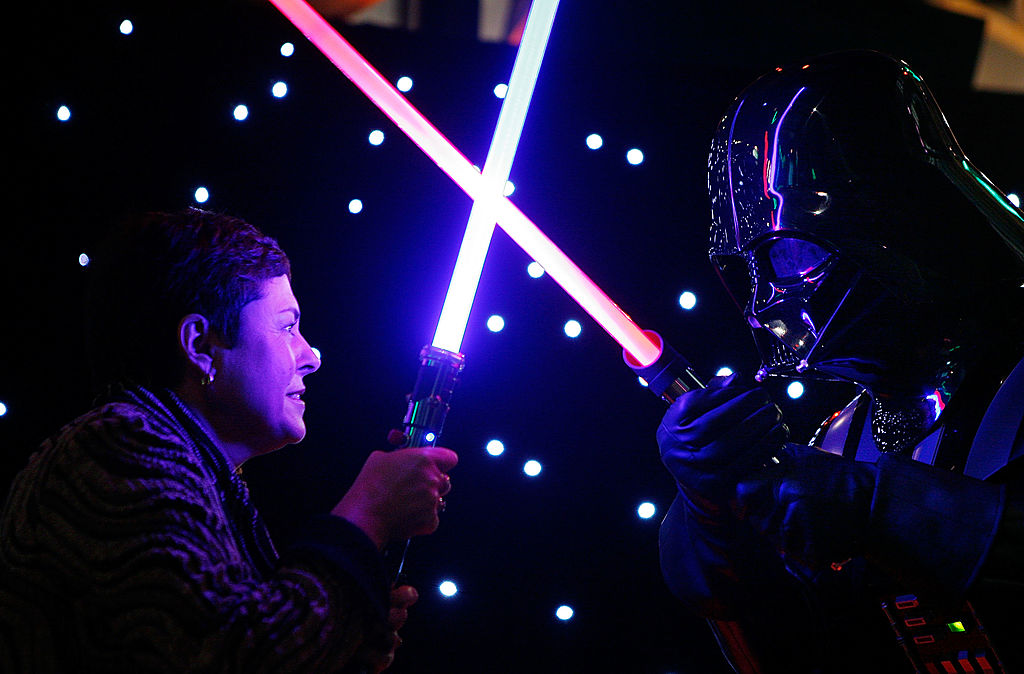 May the 4th literally be with "Star Wars" fans as Disney gifted them with the first-ever real-life lightsaber.

Since the arrival of the first "Star Wars" film in 1977, kids and adults have been wanting to acquire a lightsaber as the one characters have in the movies.

After decades of waiting, the "elegant weapon for a more civilized age" finally arrived.

It features a Disney performer donned as Rey before facing the camera and turning on the lightsaber. It also has a retractable blade of light that extends from the hilt.

While it looks like a visual effect, the Mouse House created the most real lightsaber yet.

"Star Wars: Galactic Starcruiser at Walt Disney World Resort will take you to a galaxy far, far away starting in 2022 for an all-immersive, two-night vacation experience that goes beyond anything Disney has ever created before," the caption says. "What exactly does "all-immersive" mean? Well, in honor of May the 4th, here's a little hint..."

However, unlike the movies' lightsabers, this one cannot cut anything. Disney's designers, Imagineers, gave birth to the device by making a light extend from the handle of the sword.

Currently, the item remains not for sale. However, the company assures that fans can see it personally at "Star Wars: Galactic Starcruiser." The Disney hotel will open in 2022 to allow guests experience the franchise in real life.

Meanwhile, Disney Parks released a blog post on Tuesday, ensuring that fans will get the best "Star Wars" experience through the lightsaber.

"you'll be plunged into a Star Wars story where your decisions and actions - or even the casual conversations you may have - determine how your personal journey unfolds," the statement went on.

Prior to the release of the sneak peek, Disney Parks chairman Josh D'Amaro already presented the lightsaber during his private conference with selected reporters. He also informed CNN Business that Disney's resorts in the future will be fresh and "technology-ridden."

Aside from "Star Wars," Disney will also offer Marvel fans the greatest experiences through Marvel-themed "Avengers Campus." It will be open to the public at Disney's California Adventure starting June 4.