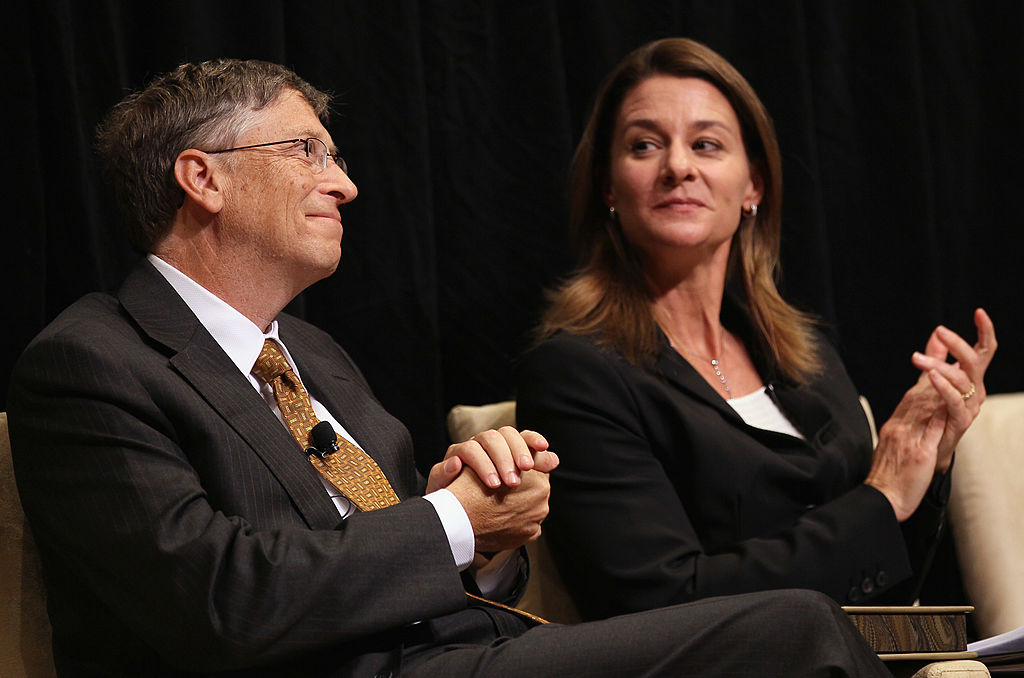 Her name started to come up amid the divorce announcement of Bill and Melinda Gates yesterday. Their news became a shock to many, as they have been married for 27 years.

Now, people are questioning if their divorce was because of Bill Gates' ex-girlfriend Ann Winbladbecause of questioning reasons. Morning Future claims the couple signed a prenup agreement ensuring that  Bill Gates could spend one weekend a year with his ex." Note though that while some report that Bill and Melinda Gates signed a prenuptial agreement, others say there is no proof of such a contract.

Nonetheless, here's what we know about Ann Windblad and her dating history with the famous tech personality.

The pair started dating in 1984 and bonded over their love of science. Even after their breakup in 1987, Bill and Ann remained close.

They remained extremely close that even after saying his "I Do" to Melinda French in 1994, he kept seeing Ann keep one tradition alive.

According to Walter Isaacson's 1997 Time magazine profile on the billionaire that Melinda has given Bill and Ann her blessing.

"Every spring, as they have for more than a decade, Gates spends a long weekend with Winblad at her beach cottage on the Outer Banks of North Carolina, where they ride dune buggies, hang-glide and walk on the beach."

Bill told the reporter previously that what he and his ex would do was to play "putt-putt while discussing biotechnology."

Ann previously revealed in an interview that they would talk about the world around them and "marvel about how, as two young overachievers, we began a secret adventure on the fringes of a little-known industry and it landed us at the center of an amazing universe."

it's unclear if Bill Gates' tradition with his ex-girlfriend Ann Winblad continued after 1997.

Bill Gates dated Ann Winblad, a software entrepreneur and venture capitalist, before he married Melinda French in 1994. But even after saying "I do" to Melinda, Bill reportedly had an agreement with his wife that he could continue to see Winblad for an annual weekend getaway. pic.twitter.com/n29d841xAO

According to reports, Bill Gates and Ann Winblad's courtship started with virtual dates.

They would drive to the same movie at the same time in different cities and would just talk on their mobile phones.

According to Isaacson, the former couple was "kindred spirits" who liked spending time together on vacations as they learned more about science.

While in Central Africa for a larger excursion with friends, their companion included an anthropologist who was known for his work on a famous human ancestor that also taught them about human evolution.

Isaacson also claimed in his report that even after being so close after their breakup, Bill Gates had to ask his ex for her approval to marry Melinda French.

With Ann's blessing, she told Bill that he and his future wife would be a "good match" because Melinda had "intellectual stamina."

READ ALSO: Bill and Melinda Gates' Divorce Puts $130 Billion on The Line; What Will Happen To Their Foundation?

Currently, Ann Winblad is married to a private investigator named Edward Alex Kline. Unlike Bill and Melinda Gates' years of marriage, Ann and Alex only married six years ago.

Not much is known about their relationship, but Alex may keep his life away from the limelight because of his work.

But Ann was a former high-school valedictorian and head cheerleader from Minnesota.

She co-founded an accounting software firm them sold it and then later partnered up with retired NBA Supersonics player and Princeton University grad John Hummer in a venture-capital firm.