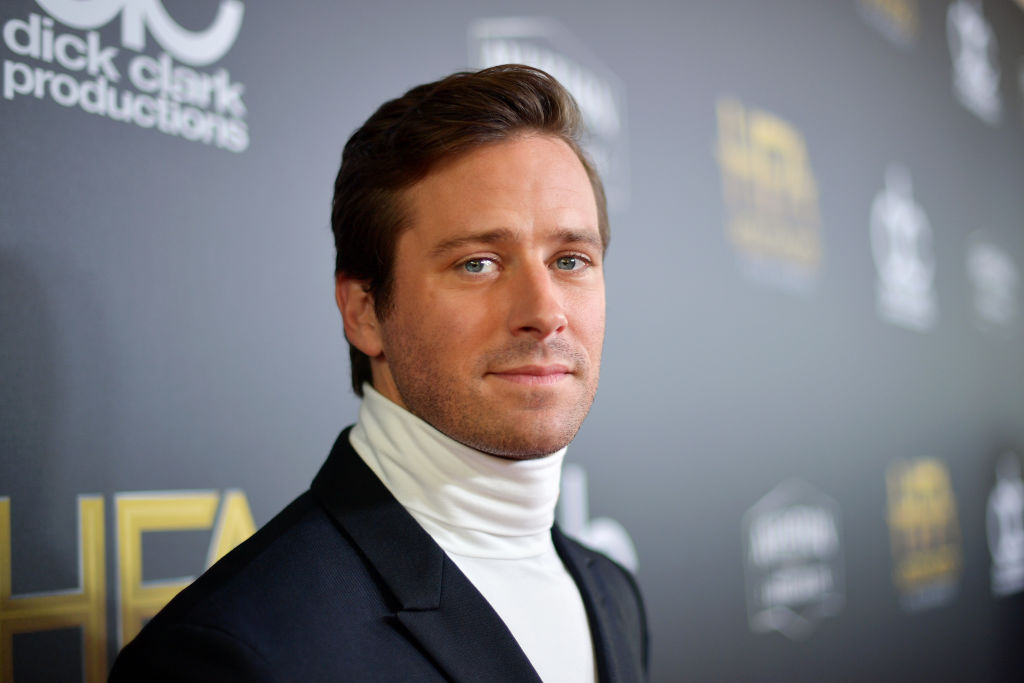 Armie Hammer has reportedly left the Cayman Islands and checked into a rehab facility in Orlando, Florida.

According to Vanity Fair, the "Call Me By Your Name" actor will address his drug, alcohol, and sex issues in the wake of sexual assault and abuse allegations.

Though the news only got out now, Hammer has been in the in-patient treatment facility since May 31.

A fan reportedly spotted the embattled 34-year-old actor at the Grand Cayman airport about two weeks ago as he said goodbye to his estranged wife, Elizabeth Chambers, and their two kids, Harper, 6, and Ford, 4.

The outlet's source revealed, "Elizabeth and kids dropped him off and walked in as far as allowed. A lot of hugs and seemed emotional."

Hammer and Chambers called off their marriage in July 2020 after ten years of being together.

Another insider revealed to the outlet that Armie Hammer had a lot going on in his life, just like everybody else.

"Everyone looks at Armie thinking that he's had some privileged life - and that must mean there were no problems in his youth, and everything was peachy keen."

They added, "But that's not necessarily the way things go. Just because you come from an upbringing where financial resources are plentiful doesn't mean life isn't without problems."

A close friend of the actor's family also confirmed to the outlet that the "Rebecca" star is "committed to getting healthy" and has even agreed to stay as long as it takes to get healthy.

So does that mean Armie Hammer will be out of Hollywood temporarily? Or permanently?

He has already dropped out in several major projects, including the one where he was co-starring with Jennifer Lopez for "Shotgun Wedding."

Is Hollywood still going to offer him some roles after all of the disturbing allegations thrown at him?

Per the article, Armie Hammer has been in a custody battle with his soon-to-be ex-wife Elizabeth Chamber's ongoing divorce.

Aside from getting healthy, he also wants to have custody of his kids.

The close friend added, "This is a clear sign that he is taking back control of his life and knows that this is a step towards his overall well-being."

The allegations were the most severe claims against him, who was first accused of psychological abuse and sexual coercion in social media posts in early January.

His lawyer, Andrew Brettler, denied all of the allegations against his client, claiming that he and his partners have been "completely consensual, discussed and agreed upon in advance and mutually participatory."

ok here's a too-online take: I think Armie Hammer's leaked DMs is a bean dad situation. just in a private convo. he's not literally a cannibal, he's "relating a probably inflated anecdote" to make "him sound like a brilliant eccentric," "only to find that it scans" as disturbing pic.twitter.com/B0zu29chQS

READ MORE: Liam Payne, Maya Henry Cause of Split: Was it Because of This Woman?