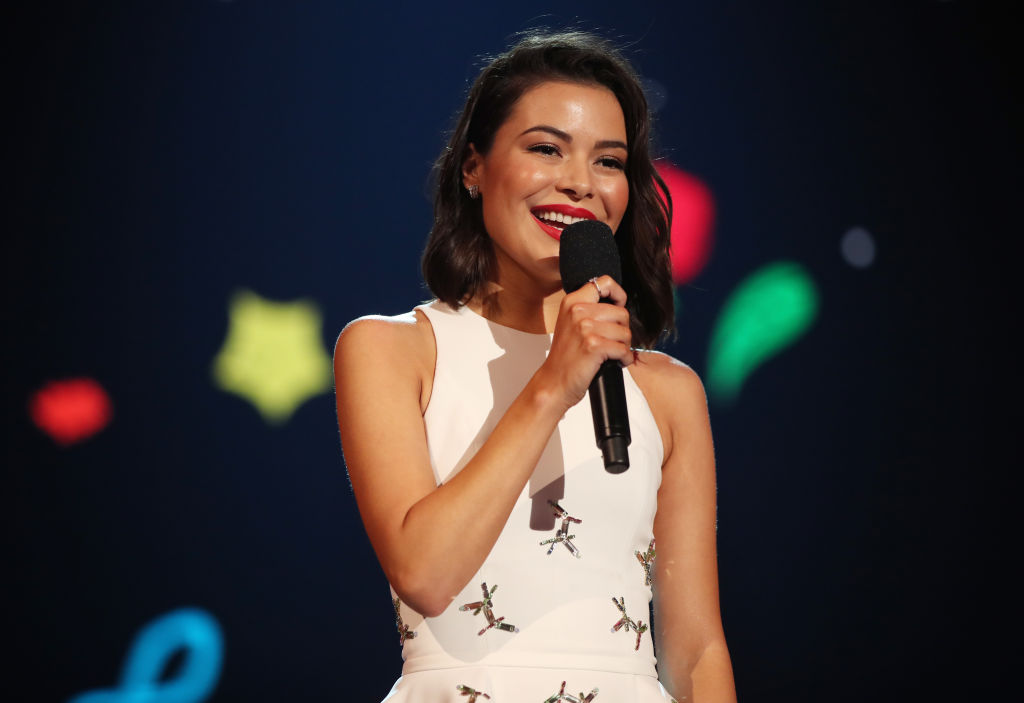 During the "iCarly" reunion special premiered by Paramount+, the casts discussed the inside scoop of Miranda's first kisses.

According to People magazine, the child star confesses that her first kiss experience happened during a scene for "iCarly."

"My first kiss I ever had in my whole life was with James Maslow in the episode where he was in a hospital bed, and I had to kiss him while he was unconscious," reveals Cosgrove.

The actress described the on-scene kisses as "funny memories" and continues to talk about her second kiss, which happened to be with another of her co-stars.

"My second kiss I ever had in my entire life was with Nathan on the show. Nathan had, like, a girlfriend or a girl he liked there on set that day watching us kiss."

The second time "was so awkward" instead of being funny because of the presence of Nathan Kress's real-life girlfriend.

Based on this article, the Nickelodeon star recreated the scene from "Drake & Josh" as "an invitation" for watchers to tune into the 2021 version of iCarly.

Miranda cosgrove be like “I’m gonna recreate this meme hold up” what a queen lol pic.twitter.com/WVhcTSYo5A

The reference fully expresses the feelings of excitement that the fans might be going through as one of their favorite childhood shows will be back on the small screens.

Paramount+ was responsible for posting the video with the actress' recreated her lines and scene, which was a happy surprise for avid watchers.

Alongside the reunion special, Paramount+ also had a special surprise in store for iCarly fans who tuned in last June 9.

According to this article, Paramount+ teased fans by surprising them with the iconic opening dance and song number shown every introduction of each iCarly episode.

The new opening theme now had a more mature, 28-year-old version of Carly Shay and the gang, which drove fans crazy. iCarly fans took it to Twitter to voice out their excitement on the revived childhood show by saying, "I love it already omg," and reposting different "iCarly" and "Drake & Josh" related memes.

I love it already omg

The first episode is set to premiere on June 17.